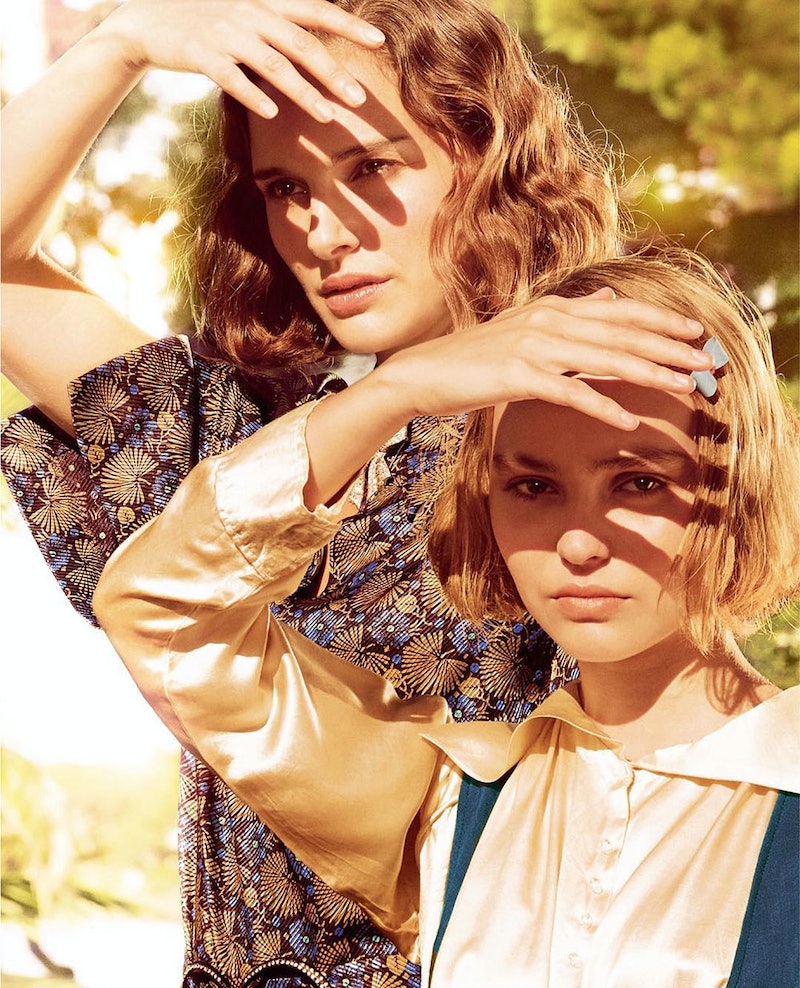 16-year-old Lily-Rose Depp has already taken the fashion world by storm, but naturally, she’s not stopping there. (What else would you expect from Johnny Depp’s daughter?) 2016 marks the young starlet’s silver-screen takeover, with 3 movies set for release this year: Planetarium, Yoga Hosers and The Dancer. While we’re certainly excited for them all, the web is currently abuzz with news surrounding Planetarium in which Lily-Rose stars opposite Natalie Portman: The two play sisters in 1930s Paris who are believed to be able to connect with ghosts. Based on this first-look photo from the film, we anticipate a very stylish, very French affair in the Rebecca Zlotowski-directed feature. According to Dazed , it could be released as early as May (we hope!), but we’ll be waiting with bated breath as more details emerge.