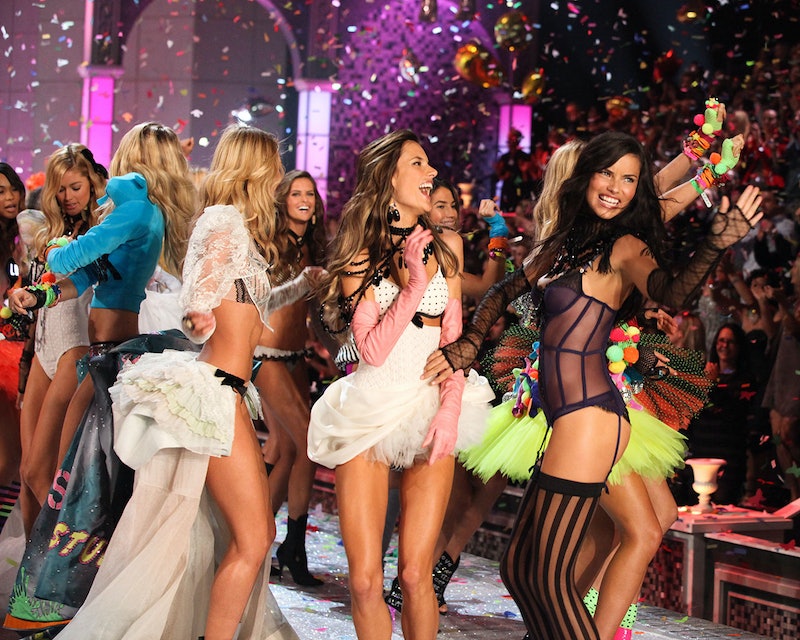 VSFS mayhem: It’s like Christmas morning for fashion girls everywhere (and, well, the entire male species too)—the Victoria’s Secret Fashion Show airs tonight at 10/9c on CBS. The buildup has arguably been more momentous than the event itself, inspiring legions of editors and fans alike to pen their own tributes to the spectacle. Our favorite of the bunch? One Cosmopolitan staffer chronicled her mission to live like Lily Aldridge for a week, and the story is a must-read. Check it out here. (Other VSFS-related features we’re loving include the Angels attempting the Tough Mudder challenge and a profile on their very attractive husbands and boyfriends.)

There’s a baby West whisperer: A SoCal teen took to Twitter in June with his thoughts on what Kim and Kanye’s second-born might be christened—turns out, he was spot on with his prediction. [ The Cut ]

Winona Ryder gets her close-up: After appearing in Marc Jacobs’ all-star Fall 2015 ads (alongside Cher and Christy Turlington), Winona is back for more—the actress flaunts a flawless cat eye as the face of the brand’s 2016 beauty campaign.

Jonathan Saunders shutters: The label is closing after the British designer stepped down as creative director. Many speculate this could indicate an in for Saunders at Dior. [ WWD ]

Acne debuts handbags: The Scandanavian label has launched its first-ever lineup of backpacks, messengers, totes and the like, inspired by rope detailing and denim stitching. Scoop up your favorite style here.