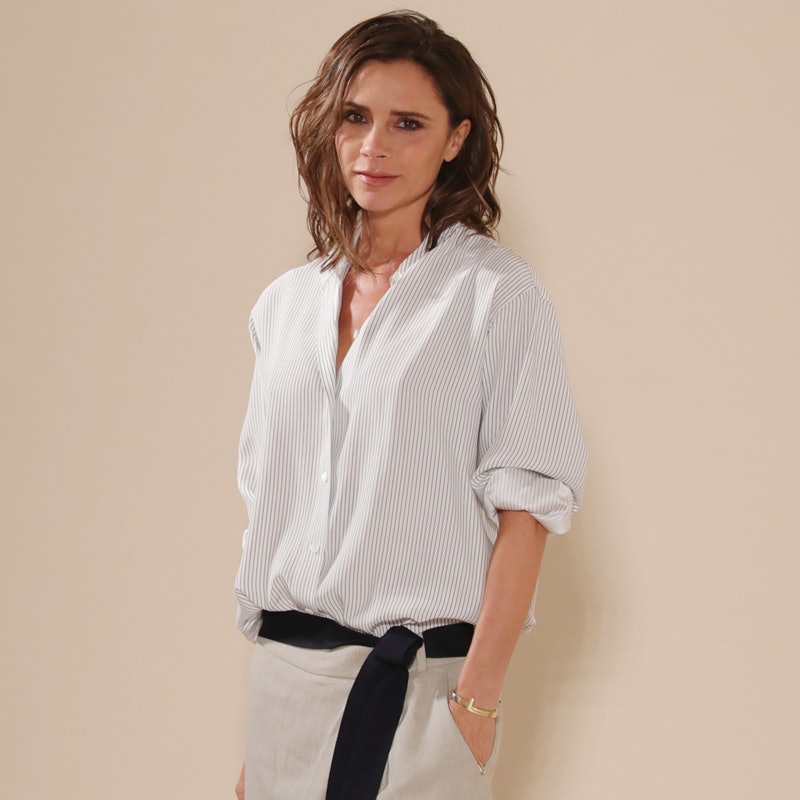 We’ve always considered Victoria Beckham fashion royalty, but it looks like that title has just become official. The designer appeared at Buckingham Palace to receive an OBE for her contributions to the fashion industry, of which there are many—think her early limited-edition collabs and her more recent, credit card–friendly collection for Target—and it was presented to her by none other than Prince William himself. Victoria looked chicer (or should we say posher) than ever in a floor-length knit dress from her eponymous label paired with burgundy stilettos, and she was joined by husband David Beckham and her parents. (The former soccer superstar was awarded his OBE back in 2003.)

Victoria’s fashion empire wasn’t the only service getting recognition; her charity work also earned an honorable mention. After the ceremony, VB, who celebrated her 43rd birthday earlier this week, shared some inspirational life advice: “If you dream big and work hard, you can accomplish great things.” Couldn’t have said it better ourselves.