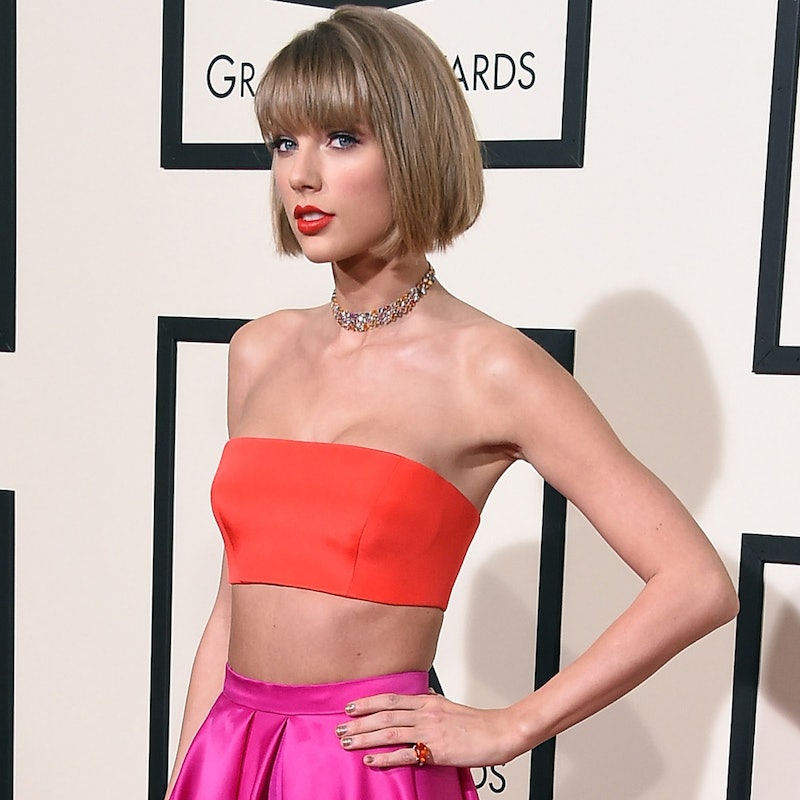 Updated on November 10, 2017: It’s finally here: At midnight, Taylor Swift released her sixth album, Reputation, and as expected the internet is carefully dissecting every lyric for cryptic meanings of the celeb feuds and boy drama the Old Taylor went through last year. It appears the pop star didn’t hold back, as she made pointed references to exes Calvin Harris and Tom Hiddleston, wrote love songs for current beau Joe Alwyn and seemingly addressed Kimye’s impact on, well, her own reputation. Here, the most controversial moments of T-Swift’s latest record:

This is Taylor Swift’s world, y’all, we’re just living in it.

Updated on September 3, 2017: Just when we thought we were close to decoding all the metaphors in T-Swift’s new song “Look What You Make Me Do” and the accompanying video, she surprise attacked us with yet another new track. “Ready For It,” first teased last night during the Florida State vs. Alabama college football game on ESPN (previously hinted at via her Instagram), officially became available on iTunes Sunday morning, and the internet seems convinced that this song—a bit more Old Taylor than “LWYMMD,” in our opinion—was written about current beau Joe Alwyn. With lyrics like “Some boys are trying too hard/He don’t try at all, though/Younger than my exes but he acts like such a man, though/I see nothing better/Keeping him forever/Like a vendetta-ta” we can totally see where that theory is coming from. Listen to all the song in full below and see what you think it all means.

Updated on August 24, 2017: It’s here! T-Swift must have heard our whining and finally graced us with her highly anticipated new single “Look What You Made Me Do.” And, we gotta say, the once bubbly and carefree Swifty isn’t shaking anything off in this little diddy. The sinister, bass-filled track is clearly inspired by someone on her $#*t list (cough, cough, Kimye, cough, cough). Either way, we’re obviously more anxious than ever to hear more from the album so we can piece together all of our theories on the meanings behind each song … and you know we’ve got ’em.

Updated on August 23, 2017: We asked, and she answered. Just days before she’s scheduled to release new music, Taylor Swift has given us an official name and date to her sixth album: Reputation. The first single will debut tomorrow night, with the entire album due November 10, according to a series of posts she shared on Instagram. The sixth album marks the pop star’s first new music since 1989 was released three years ago, and if her past record at the Grammys are any indication, it looks like this one’s set to be another award-winning soundtrack.

Original post, August 22, 2017: Hot on the heels of a viral post that announced the undated arrival of her upcoming single, Taylor Swift is making the internet go wild yet again—this time by revealing the very day she’ll make her long-awaited foray back into the pop industry. On Friday (yes, this week!), the singer is expected to release “new music,” with speculation that she might not only treat us to her track “Timeless” but also drop the sixth album in its entirety. (Crossing our fingers for the latter.) As further proof, T-Swift posted another teaser of that reptilian tail on her social media accounts this morning.