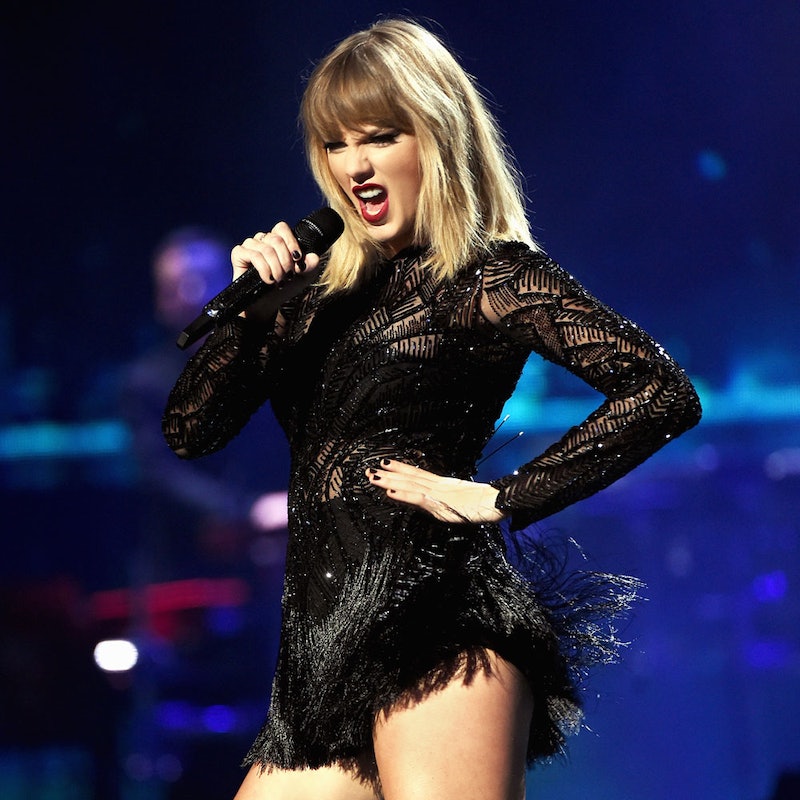 Update October 27, 2017: We said we weren’t ready for it, but here we are: Taylor Swift’s latest music video is officially out—and not only is the OG T-Swift dead, but she’s fully transformed into a bionic woman. Or is she a cyborg? We’re not certain, but that’s the least of our concerns as we have yet to decipher all the hints the pop star drops in the third Reputation single. Visuals for the girl-power anthem feature a shout-out to boyfriend Joe Alwyn, encrypted messages on walls, only two Taylors (compared with the 14-Taylor mountain in “Look What You Made Me Do”) and a white horse that harks back to the singer’s teen ballad of the same name—perhaps an ode to the old Tay? We still have so many questions. (BRB, we’re rewatching this to make sense of it all.)

So you thought the old Taylor Swift wasn’t really dead? Well, think again. The pop star, who’s evidently not the same T-Swift from her “You Belong With Me” days, has gone full-on badass, and a teaser for her latest music video proves it. In a series of Instagram posts, Taylor allows a peek into her new single, “Ready For It.” (Actually, we’re not.) We’re seconds into the thing when we notice America’s sweetheart is completely naked—and we’re talking in the literal sense, probably through a Thermoptic suit that gives the illusion of nudity. Prepare yourself.

If this isn’t proof the new Taylor is officially here, we don’t know what is. The second Reputation music video comes out on Thursday.