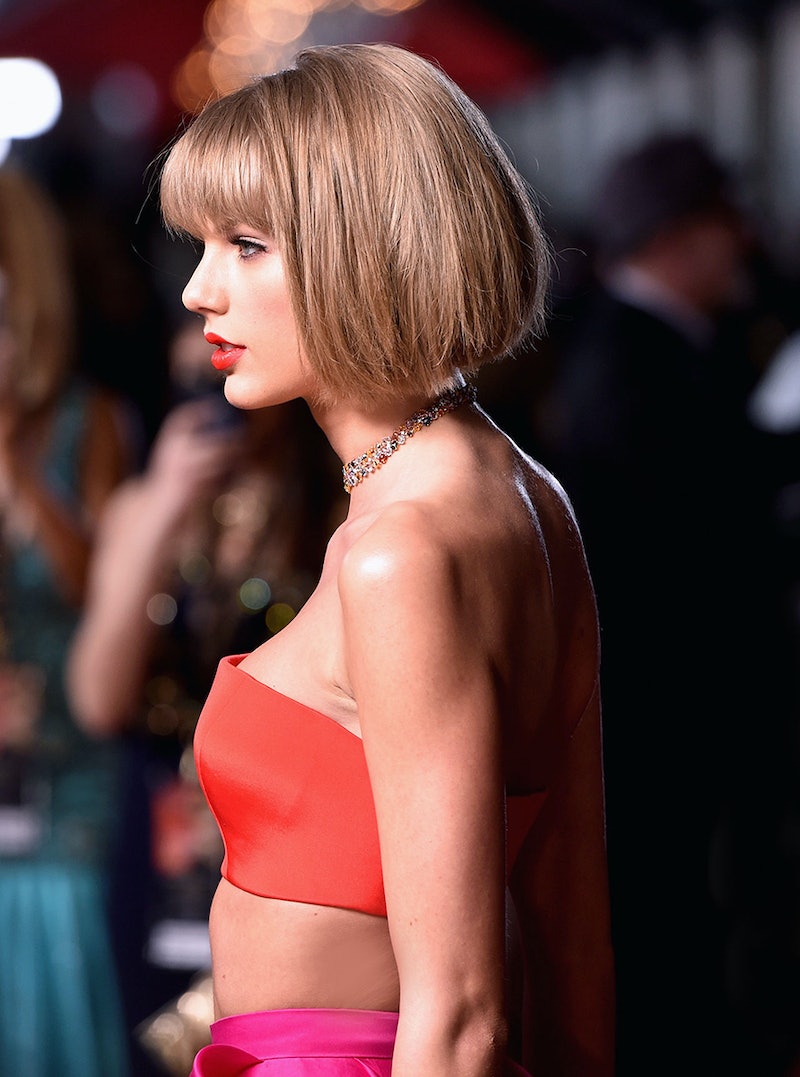 Taylor does “Bleachella,” Kate Middleton honors Princess Di in the sweetest way, and more must-know news of the day.

Taylor Swift Debuts a New 'Do

In keeping with the grand tradition of Coachella-going celebrities undergoing major hair transformations in advance of the festival, Taylor Swift debuted a new, white-blonde look on Instagram that takes her Vogue cover- story-blonde to new heights. She captioned the photo "Bleachella." This is Taylor's first visit to Coachella, where she will get to watch her boyfriend Calvin Harris perform on Sunday night (though the two will reportedly not get engaged this weekend). With Taylor in attendance, Coachella has officially reached peak cool.

Will and Kate Sit on "Diana's Bench"

Twenty-four years ago, Princess Diana posed for a solitary picture in front of the Taj Mahal, afterwards revealing to the press that she would have preferred that her husband visit the site with her, which he had promised to do (but ultimately did not). Just months later, the royal couple announced the end of their marriage. Today, Will and Kate posed on the same bench for a photo of their thriving marriage likely meant to help ease the enduring reminder of Diana's sadness.

Actress Rosario Dawson was among the "Democracy Spring" protestors arrested Friday on Capitol Hill for crowding and obstruction. Dawson attended the demonstration in protest of the corruption of money in politics, and she carried a sign calling for the "Citizens United" law to be overturned. This law, which deregulated campaign spending, was upheld by the Supreme Court in 2010. The actress later told The Guardian that the police "were lovely" and that she was warned several times before her arrest.