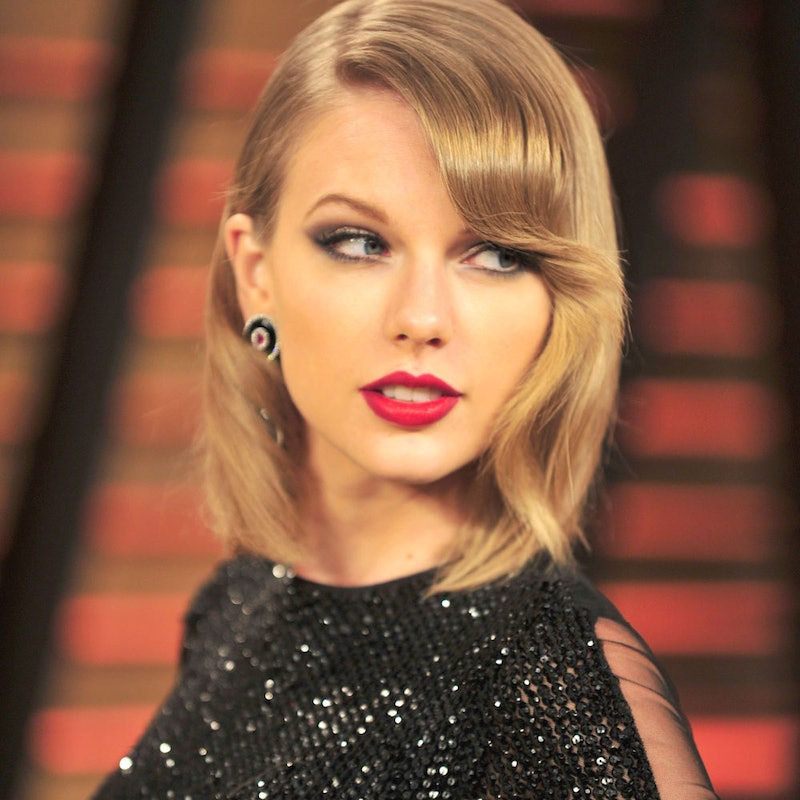 Just when you thought today’s solar eclipse was all America would be talking about this Monday, here comes a mysterious new video courtesy of Taylor Swift that threatens to break the internet. The pop star, who turned her website and social media accounts into blank spaces on Friday, uploaded a cryptic clip devoid of a caption—check it out below.

Honestly, what even is that thing? A snake’s rear end as a clapback to her haters? Or maybe she’s a massive Game of Thrones fan? Swifties have theorized that the ten-second video she shared on both Instagram and Twitter is an ode to her highly anticipated sixth album, and it turns out she’s returning to our radios and streaming services with a new single called “Timeless.” Her website revealed the track’s name with a “coming soon” disclaimer—that is, before it inevitably crashed thanks to eager fans (ourselves included). This is one announcement we just can’t shake off.