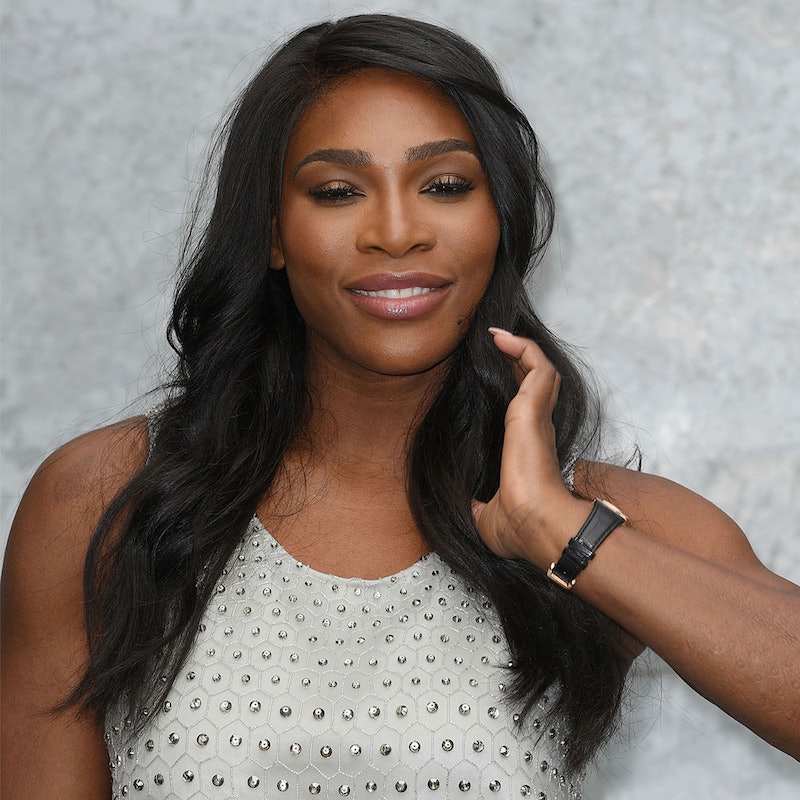 Nude pregnancy shoots aren't exactly new. Take Demi Moore's groundbreaking August 1991 cover of Vanity Fair, which opened the door for expecting celebs to strip down on magazines, like Cindy Crawford for W in June 1999, Britney Spears for Harper's Bazaar in August 2006 and Jessica Simpson for Elle in April 2012. But what's always surprising are the revelatory stories that accompany these covers—and in the latest one, the pioneering magazine itself features a six-months-pregnant Serena Williams, who not only bares all but tells all in Vanity Fair's August issue.

Photographed by Annie Leibovitz, who also shot the Demi cover, Serena's form has never looked more powerful—after all, we're talking about someone who won the Australian Open a week after she discovered she was pregnant. "[I] did a double take, and my heart dropped," she said, upon taking her first pregnancy test. (She put all six sticks that read positive in a paper bag and handed it to fiancé Alexis Ohanian before her tournament in Melbourne, a month following his proposal.)

And just because she's preparing to have a baby—on top of working on her own fashion site and readying for her wedding in the fall—it doesn't mean Serena is giving up on the court. "I don't think my story is over yet," she added, although she acknowledges, "I'm trying to enjoy the little freedom I have left." With her drive, we can almost guarantee she'll rule both motherhood and the pro tennis circuit when she makes her triumphant comeback.