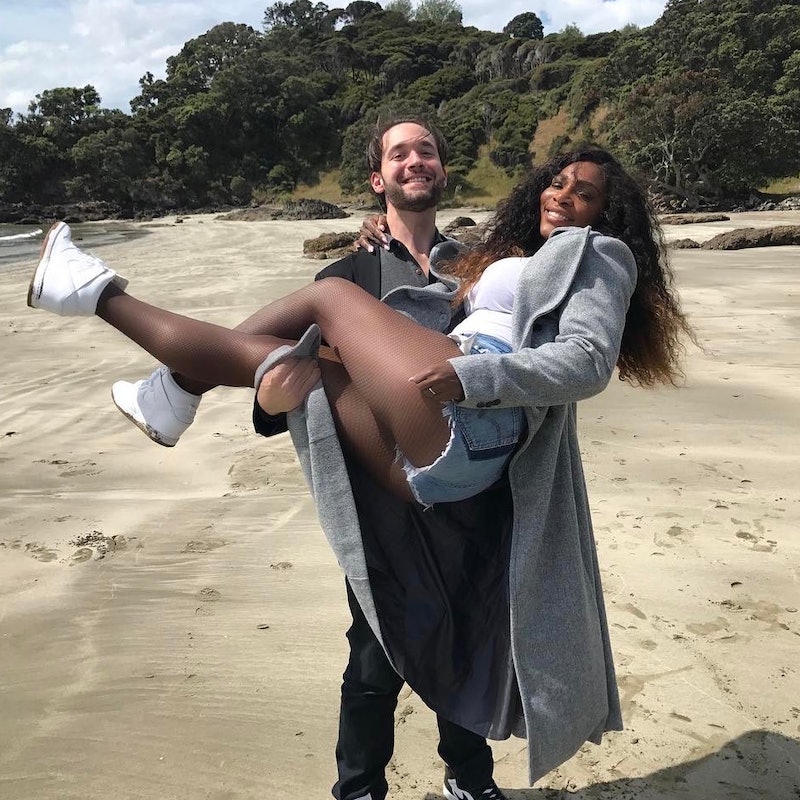 Updated November 17, 2017: Congratulations are in order for Serena Williams and Alexis Ohanian! The couple officially tied the knot last night in a star-studded New Orleans ceremony featuring the likes of Beyoncé and Jay-Z, Kim Kardashian West and Vogue EIC Anna Wintour herself. The Grand Slam champ reportedly took on a Beauty and the Beast–themed wedding, with besties Ciara, La La Anthony and Kelly Rowland arriving in the same car at the city’s Contemporary Arts Center, where other celebs like Eva Longoria, fellow tennis star Caroline Wozniacki and sister Venus, of course, were also spotted. Serena reportedly wore two dresses for her nuptials, and her A-list attendees danced to tunes by a New Orleans funk and jazz band. Now that’s one bride who knows how to curate the perfect guest list.

Original post November 15, 2017: We’ve all heard the saying before: You are who you surround yourself with. And when you’re Serena Williams, that means the cream of the crop, especially when it comes to her big day. This week, the tennis queen will exchange I do’s with fiancé Alexis Ohanian at the Contemporary Arts Center in New Orleans, but it’s the guest list that proposes serious star power. We’re talking Beyoncé and Jay Z, Kris Jenner and maybe even Meghan Markle, who happens to be Prince Harry’s girlfriend and Serena’s close friend. The wedding comes less than three months after the birth of daughter Alexis Olympia Ohanian, Jr. (Perhaps one day she’ll get to visit Auntie Meghan in her royal palace?)