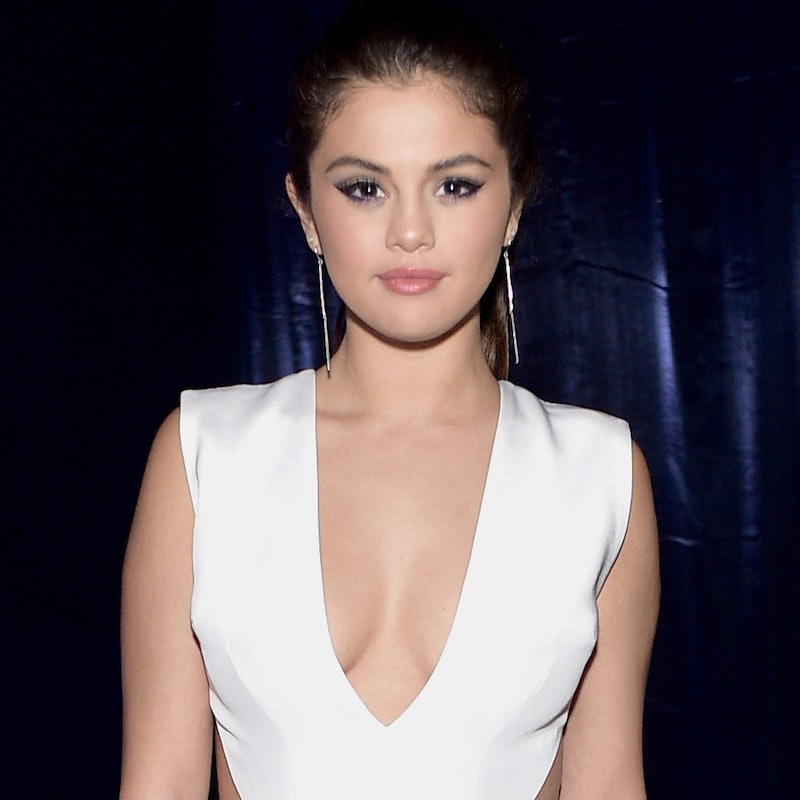 Simply looking at her, you’d never guess: Selena Gomez—who’s had multiple leading roles, topped Billboard charts, formed her own production company and just landed her first American Vogue cover—is actually like one of us. On the outside, she’s the pinnacle of talent and beauty, gracing the magazine’s April issue in a bright Michael Kors Collection bralette and chunky Jennifer Fisher hoop earrings. But inside, the pop star admits to her struggle with depression and anxiety, two of the most common mental health disorders in the United States.

When she canceled the end of her Revival tour last summer, media outlets and fans began to speculate on Selena’s break from the spotlight. She opted to check into a treatment facility in Tennessee after battling the emotions stemming from her Lupus diagnosis.

“My self-esteem was shot. I was depressed, anxious. I started to have panic attacks right before getting onstage or right after leaving the stage,” she reveals in Vogue. “Basically I felt I wasn’t good enough, wasn’t capable.”

During rehab, Selena had to give up her phone for 90 days, and says she found solace in a small group of women who were struggling in similar ways.

“You have no idea how incredible it felt to just be with six girls,” she said. “Real people who couldn’t give two sh*ts about who I was, who were fighting for their lives. It was one of the hardest things I’ve done, but it was the best thing I’ve done.”

These connections not only helped in Selena’s recovery, but also motivated her to speak up about her experience. Now she refuses to stay silent, telling fans that she visits her therapist five days a week, believes in Dialectical Behavior Therapy and no longer wants to become a pawn on social media. (With more than 113 million followers, Selena reveals in the Vogue interview that her Instagram account is now run by her assistant.)

“I wish more people would talk about therapy,” she says. “We girls, we’re taught to be almost too resilient, to be strong and sexy and cool and laid-back, the girl who’s down. We also need to feel allowed to fall apart.”

You can read Selena’s entire revealing interview on Vogue.