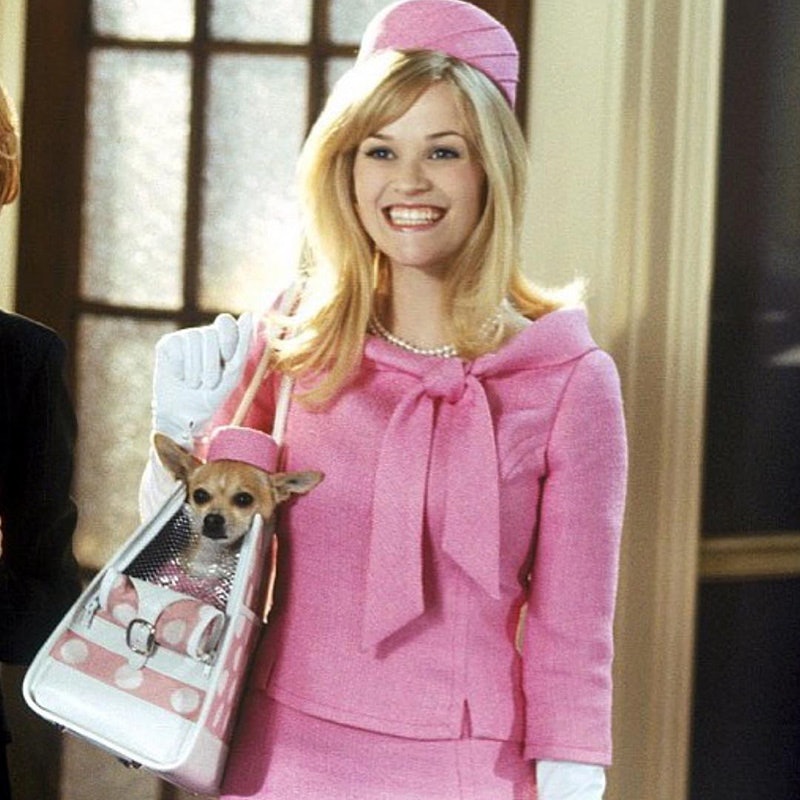 It’s been more than 15 years since Legally Blonde blessed us with a no-fail flirting technique (a.k.a. the bend-and-snap) as well as life lessons that remain relevant today (think making an impression through a pink, scented résumé). In fact, Elle Woods served as a modern-day feminist icon of sorts, with her unwavering determination to succeed in the face of constant judgment—and as it turns out, this ambition (other than her impeccable style game, of course) is exactly what real-life alter ego Reese Witherspoon shares in common with her breakthrough character.

A self-proclaimed glass-half-full person, Reese is no average actress. The mother of three has made a name for herself as a producer and entrepreneur, with the launches of multimedia company Hello Sunshine and clothing line Draper James. She’s also received critical acclaim for her performances as Cheryl Strayed in Wild and fan-favorite Madeline Mackenzie in HBO’s Big Little Lies—all because this powerhouse didn’t believe in settling for less. “I vividly remember telling my third-grade teacher that I wanted to be the first female president of the United States,” Reese wrote in an essay for Glamour. “Ambition is simply a drive inside of you—it’s having a curiosity or a new idea and the desire to pursue it.”

Now the actress is helping lead the charge, fronting the upcoming drama Home Again with its female-led team as well as A Wrinkle in Time directed by Ava Duvernay, who made history as the first African-American woman to direct a movie with a budget of more than $100 million. But that doesn’t necessarily translate to smooth sailing for women involved in the film and TV industry. “The stakes are also much higher for stories about women,” Reese penned. “When any movie with a group of women starring in it doesn’t make heaps of money, the studio takeaway is that those types of films ‘aren’t working.’ But the truth is not every movie works… Shouldn’t female filmmakers get as many shots as men do?”

For Reese, this question doesn’t mean approaching a dead-end—rather, it poses a challenge. “You can complain about these things. You can get stuck in the emotion of it—and sometimes I do, and I get really angry… But my mother always said to me, ‘If you want something done, do it yourself,'” she explained. Through her production company, she’s creating more roles for women both onscreen and behind the scenes. And she’s learned to no longer waste her time on people who don’t value her strengths—a lesson that rings true in friendships, at the office or with a significant other. Sure, misogyny and gender inequality has always persisted in Hollywood, but if anyone can propel change, it’s Elle Woods—or, should we say, Reese.