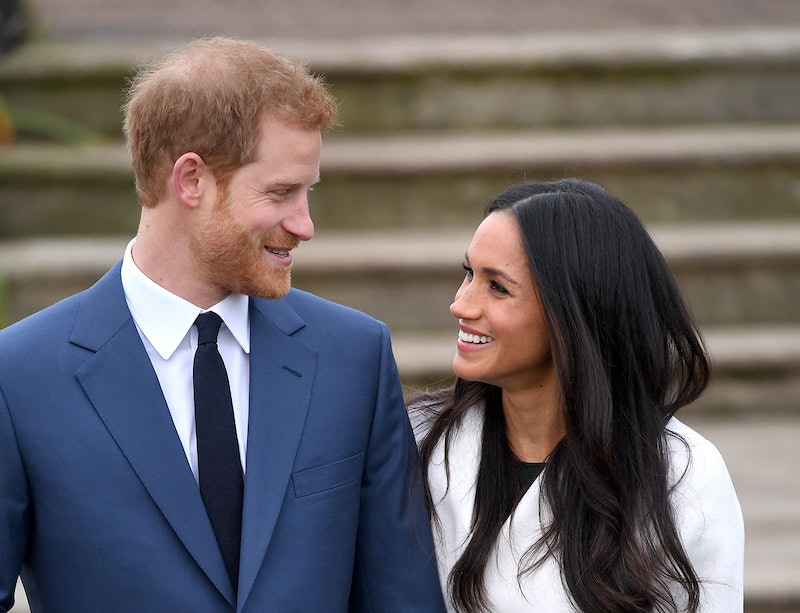 Original post November 27, 2017: The Monday after Thanksgiving is rough, except when Kensington Palace issues an engagement announcement and our faith in romance, nay the world, is renewed. Thankfully, there are so many details surfacing that we can literally spend this entire day gawking over the ring, swooning over the proposal details and eagerly anticipating Will and Kate’s congratulatory announcement (fingers crossed it’s a video message from Prince George and Princess Charlotte). To buoy you through the day, here’s the couple’s first post-engagement interview from the BBC via CNN. It features adorable nuggets like the fact that they camped out in Botswana—it’s not a coincidence the main diamond in her ring is from that location—only four weeks into their relationship. It also shares that they were roasting a chicken at home on a Sunday evening when he got down on one knee and she could barely let him finish the proposal before saying yes. Who else is oscillating between smiling and crying at their desk?

If, like us, you can’t get enough of this amazing news, here are more details about the engagement, the ring and Meghan’s first official appearance at Kensington Palace.

Updated November 28, 2017: The next best thing to their proposal story? Meghan Markle and Prince Harry’s behind-the-scenes moment. In newly released footage following their live BBC interview, the pair proved that they were true royal couple goals when they were captured goofing around on set after the microphones were turned off. (We never see Meghan let go of Harry’s hand—swoon.) Just look at their adorable body language: