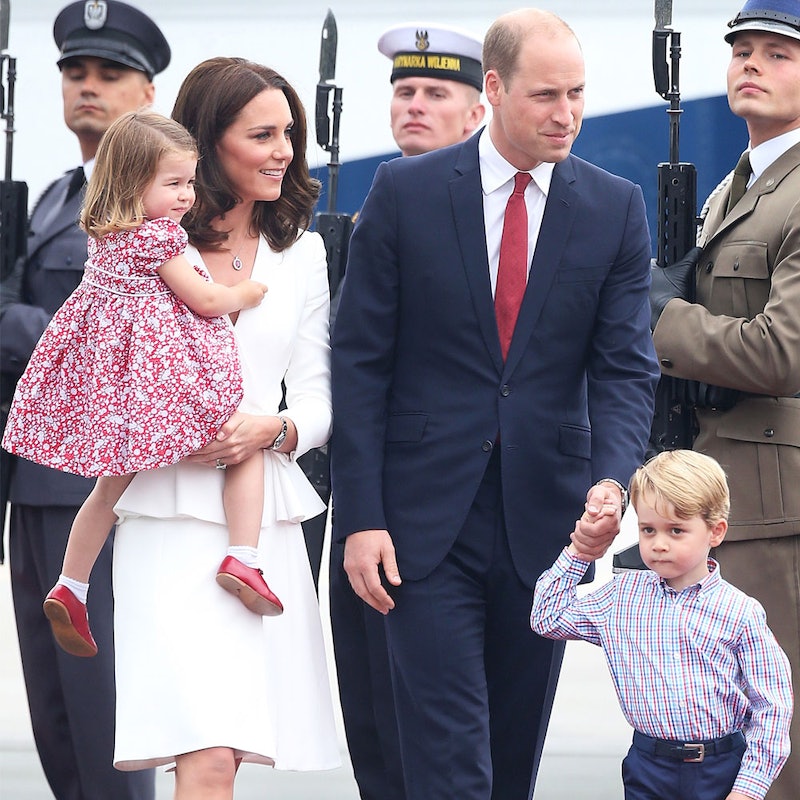 So you think you’re well traveled? Think again. With their parents Prince William and the Duchess of Cambridge Kate Middleton in tow, Prince George and Princess Charlotte touched down in Warsaw for a five-day royal tour of Poland and Germany. And although they’re respectively only three and two years young (note: George celebrates another birthday on Saturday), the little ones collectively boast more passport stamps than most of us. No stranger to the jet-setting lifestyle, the royal tots were also part of the family’s tour of Canada last year, with George previously accompanying his parents on a three-week tour of New Zealand and Australia when he was just eight months old.

Sure enough, Kate looked pristine in a white Alexander McQueen suit and Wills donned a handsome red tie. But it was the two kiddos who clearly stole the show in their ensembles and polar-opposite reactions. At the meet-and-greet on the red-carpeted Chopin Airport tarmac, Charlotte charmingly beamed at the welcoming committee while mischievous big bro George flashed his trademark unamused expression to complement his trademark shorts. We can’t wait to see more adorable appearances on the next leg of their Euro trip.