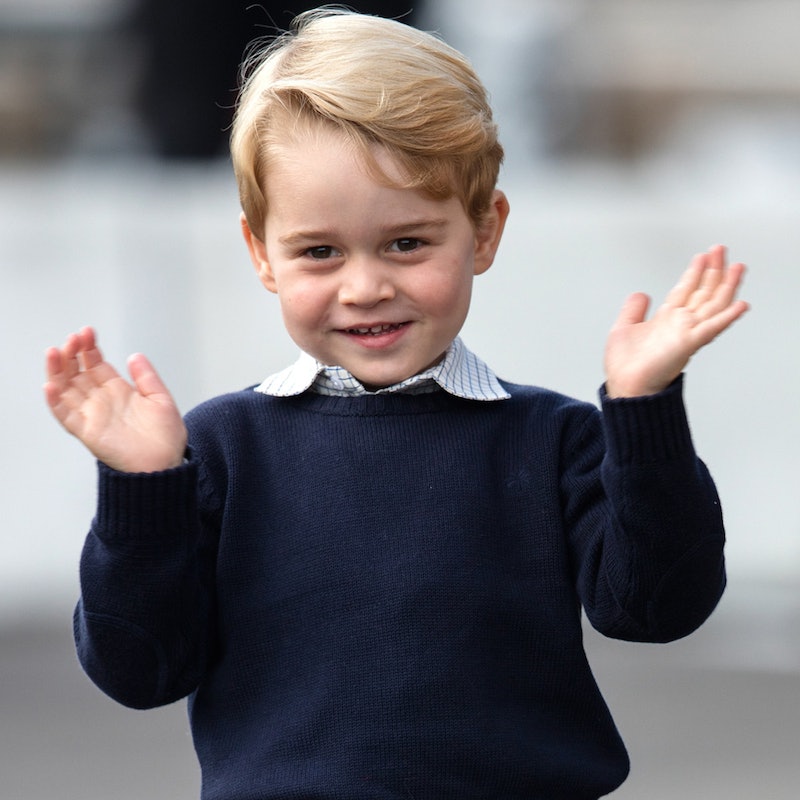 Mister Santa doesn’t need to bring this royal tot some toys—turns out, there’s only one thing Prince George wants this season, and it’s not exactly what we expected. Prince William personally delivered his son’s handwritten request to Saint Nicholas at their impromptu one-on-one at a Helsinki holiday market, where the four-year-old prince’s note revealed he hopes to find a police car under the tree this Christmas. Fair enough, it likely is a toy, but what really warms our hearts is that George left four of the five lines blank despite acknowledging he was a nice boy this year. “He hasn’t written down many requests, so I think one request is probably okay,” William reportedly implored. Now how can Santa say no to that?