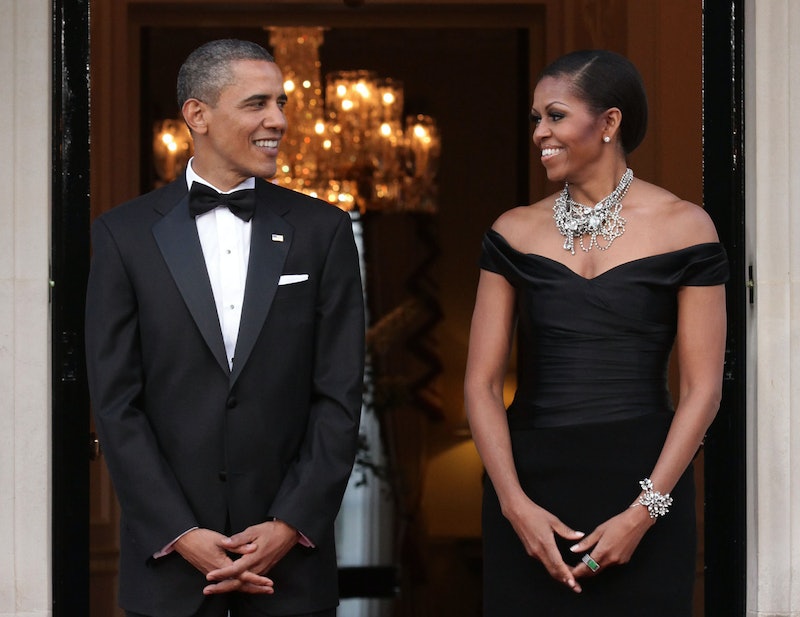 Say what you want about this upcoming election, but we know one thing’s for sure: the Obamas will be missed. After more than two decades, the love shared by President Barack Obama and First Lady Michelle has proven to be stronger than ever. Today they celebrate their 24th wedding anniversary, and we can’t help but recall their sweetest, happiest and most romantic moments together. Here, a few highlights that earned the two their #GoldenCouple status.

The President tweeted today an image of himself and the First Lady with the caption: "Side-by-side for 24 years. Here's to many more. #HappyAnniversary"—#RelationshipGoals.

Michelle expertly straightened Barack's tie as they waited for the arrival of Chinese President Xi Jinping before a White House state dinner in September last year.

Barack and Michelle were all smiles as they prepared to speak onstage at TNT's Christmas in Washington in 2014. Can't you just feel the love through your screens?

The two lovebirds shared this romantic dance during the Commander-in-Chief's Inaugural Ball in January 2013, the same day Barack was sworn-in for his second term of office.

Barack stole a kiss after Michelle introduced him at an Iowa campaign rally in 2012. While the two have never shied away from these little public displays of affection, this was certainly one of their most intimate moments on stage.

After attending a state banquet at the Buckingham Palace one May 2011 evening, the Obamas arrived at Winfield House in London unable to keep their eyes off of each other.

This remains one of the most widely circulated images of the President and First Lady on their wedding day, October 3, 1992.