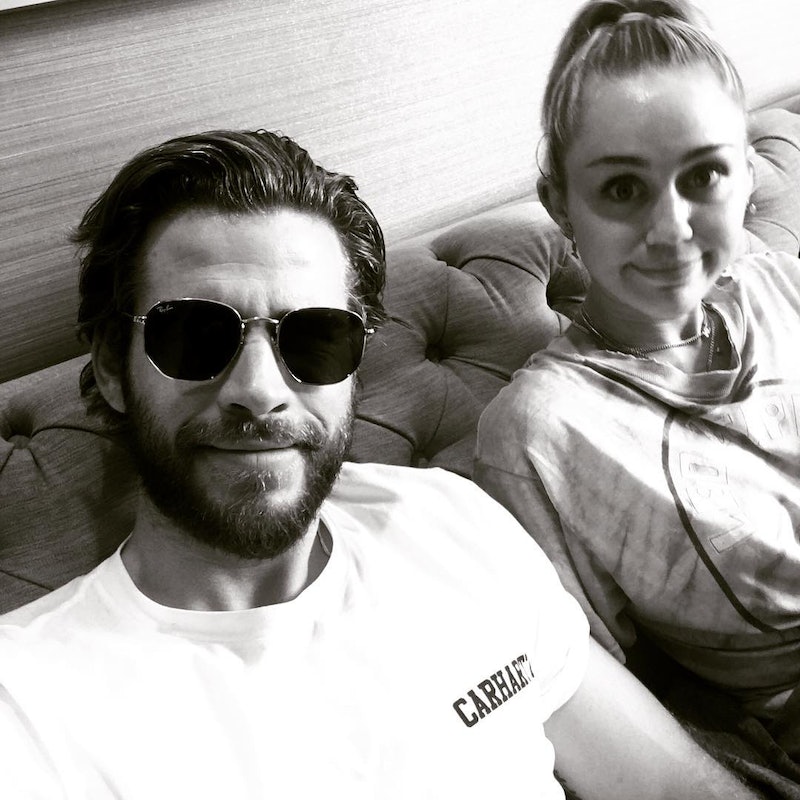 We can’t help but root for Miley Cyrus and Liam Hemsworth. When the couple first met on the set of Nicholas Sparks’ coming-of-age flick The Last Song, they essentially proved love at first sight truly does exist. Then the breakups happened (sad) followed by the fateful silver linings (happy!)—until they, like us, realized their love was the real deal and officially resumed their engagement last year. But despite the ring, the pop star admits in a recent interview she isn’t quite ready for a life of matrimonial bliss—and that’s because she’s pretty content with her current lifestyle, thank you very much.

“I don’t envision marriage,” she says. “I’m 24. I hope to get to live a little bit more. I have too much living to do [before I get married].” It makes perfect sense; after all, Miley didn’t even publicly confirm her re-engagement until several months after the fact. (Clearly she’s doing her thang—this editor’s poor pun in reference to Miley’s hit Bangerz song.) “Three years ago, if you’d asked me if I’d be here, this happy with this man, I’d have been stunned,” she adds. “I’m just riding this out.” And after multiple times hitting pause on their romance, it turns out giving each other space only helped them grow individually. “In some relationships, you lose yourself by being with someone else,” she says. “Actually, it made me find myself more. I have no idea what the next three years will bring, but if it’s possible to get even happier, I’ll take it.” We’re happy with you, Miley!