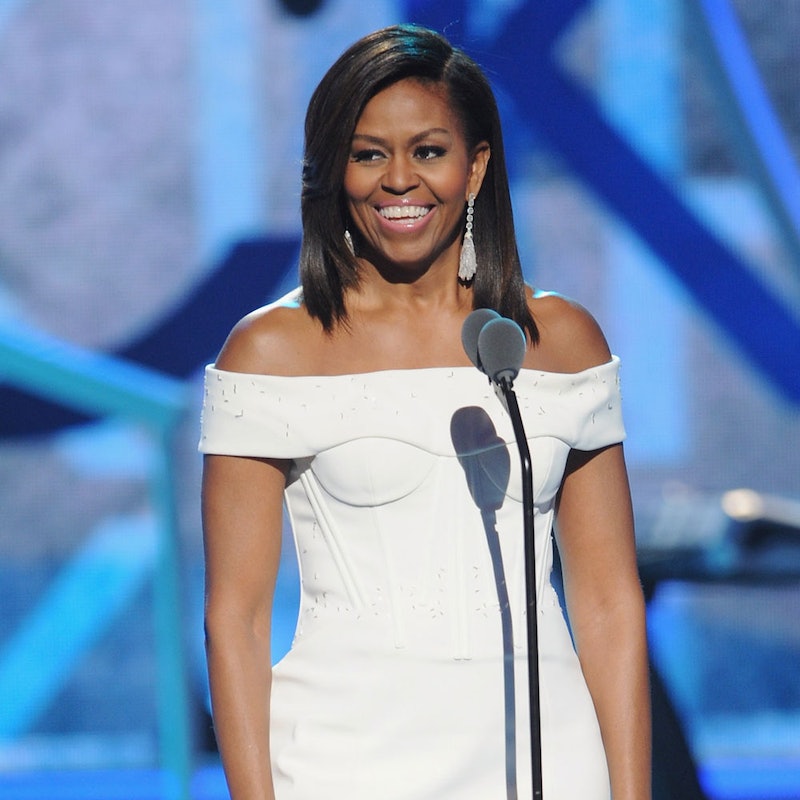 Many of us understand the stress of college applications, and if there’s anything that truly seals the deal after submitting your essays and SAT scores, it’s a glowing letter of recommendation. So imagine getting one from the former First Lady of the United States—yes, we’re talking about a certain Michelle Obama. Black-ish star Yara Shahidi, who applied to four universities (including Michelle’s alma mater, Harvard!), managed to snag the ultimate academic endorsement, revealing that Michelle wrote her a college recommendation and gave her an enviable “Go get ’em, tiger” and pat on the back before she took her AP exams.

“She is very amazing and such a supporter, which is something very surreal to say,” Yara said in an interview with W magazine.

The actress plans to double major in African-American studies and sociology, after years of advocating for social justice issues, volunteering at medical clinics and even founding Yara’s Club, a mentoring program that’s part of the Young Women’s Leadership Network. (She’s only 17!) And like Michelle’s daughter Malia, Yara plans to take a year off from school before becoming a freshman, but she has no plans to slack.

“It’s more than to just roam around or just sit down and stare at a wall, but it will also give me an opportunity to work,” she told People. “I’ve been working more than half of my life, and that’s always been balanced with school and all of the other responsibilities, so to have a year to focus on work and to focus on specified interests will be nice before I pick a career and choose what I want to study and my life path.”

And with Michelle’s recommendation, it’s almost guaranteed that Yara’s getting into the Ivy League school of her dreams. (We’re only a little jealous.)