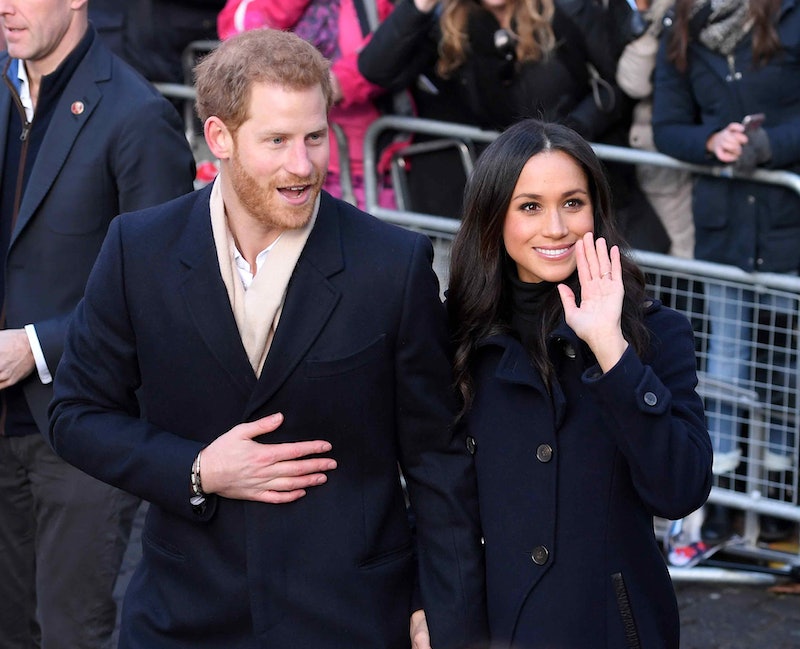 Despite the fact that I believe Prince Harry should have plucked me out of obscurity to be his wife, I’m obsessed with the newest (groundbreaking!) royal couple nonetheless. Who isn’t? I’ve watched their first interview together probably upwards of five (read: ten) times, and it gives me renewed hope every time that as a woman past the age of 30 living far away from any royal families, my life could still turn into a Disney movie at the moment at which I least expect.

Wow, I really digressed there. We’re here to talk about handbags! Meghan Markle‘s handbag, to be exact, which she wore on her “first royal walkabout” in Nottingham Friday, and which subsequently sold out in just minutes. The burgundy, navy, and vanilla Midi Tote from Edinburgh-based company Strathberry costs around $625 and will be re-released in the new year, according to a spokesperson for the brand.

If you can’t wait, worry not as I’ve spent my morning shopping out similar styles so I can “Secret” (read: stalk) my way into being a princess-to-be, just like Meghan. Or, just own a new, cute handbag. Either way, shop yours below.