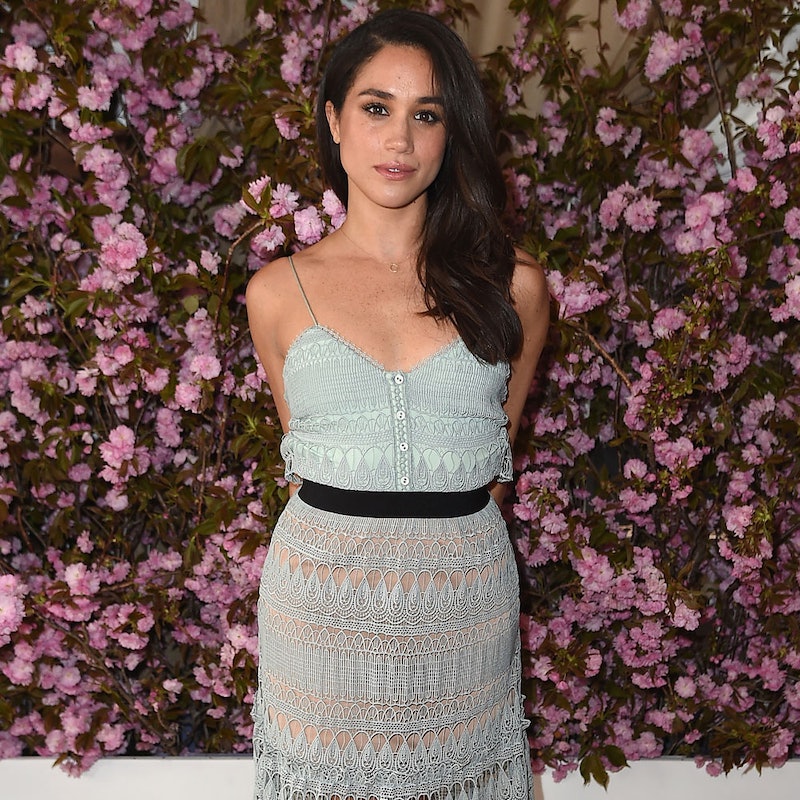 She’s dating a real-life prince, so it shouldn’t come as a surprise that Meghan Markle is receiving the royal treatment herself. The Suits actress and girlfriend to Prince Harry was expected to attend Pippa Middleton’s wedding ceremony, but she reportedly kept her distance so as not to upstage the bride on her big day. (After all, the world seems to be just as obsessed with Meghan and Harry’s relationship as with Pippa’s wedding dress.)

But that did nothing to stop the prince from taking her to the after-party. Following Pippa and James Matthews’ vows, Harry drove a 100-mile round-trip from St. Mark’s Church to Kensington Palace and back to bring Meghan to the black-tie reception. The pair arrived all smiles at Meghan’s first event with Harry’s family, which only fueled speculation of an impending royal wedding—even though they weren’t able to sit next to each other due to a strict seating arrangement that kept couples apart. Still, we’re certain there had to be some flirting between the two from across the room.