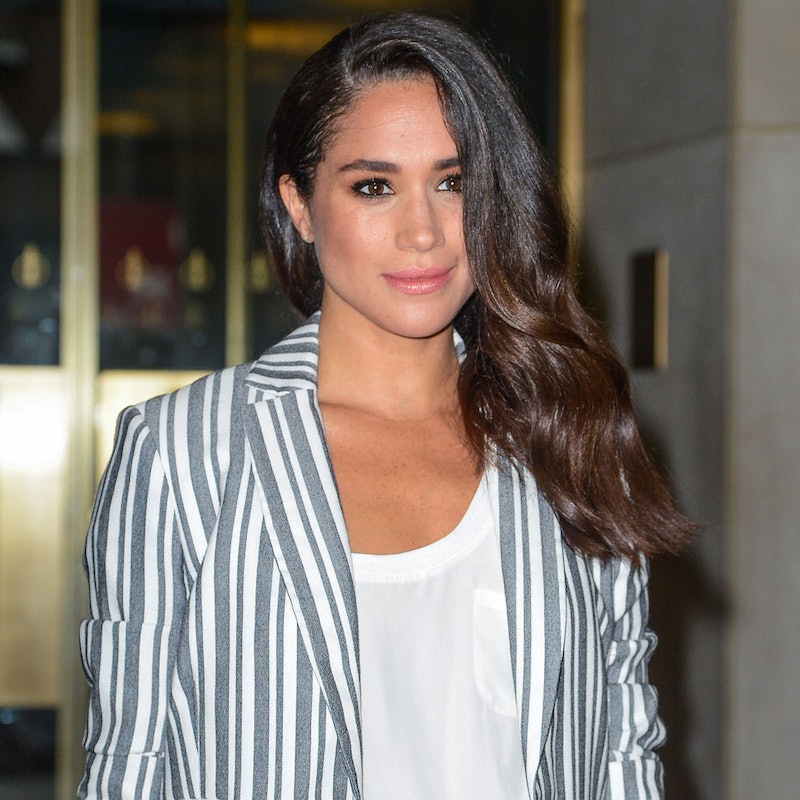 Even before Meghan Markle publicly declared her love for boyfriend Prince Harry, rumors of the couple’s engagement were already making headlines. It doesn’t look like they’re going away anytime soon, especially following news that the Suits actress finally met Queen Elizabeth after more than a year of dating her grandson. A source revealed that Harry brought Meghan along during a visit to Balmoral Castle (aka Queenie’s summer getaway) earlier this month, and the meeting reportedly “went well.” In fact, the source went so far as to say that “the entire weekend was a success.” It’s a promising step forward for the couple, especially considering that the announcement comes in the wake of a hectic few weeks for the royals—with Prince William and Kate Middleton expecting their third child, Prince George starting school and Prince Philip announcing his retirement from public engagements. Here’s to a future royal wedding! (We hope.)