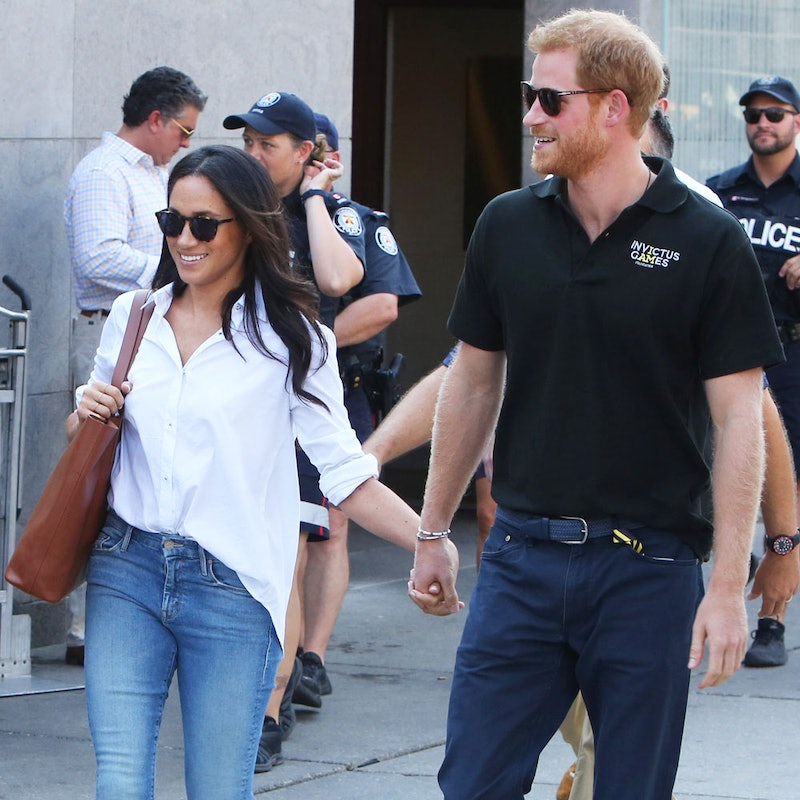 Updated November 13, 2017: It seems rumors about Meghan Markle’s departure from Suits are anything but, as Us Weekly received confirmation from an inside source today that, indeed, she is saying farewell to the show after seven seasons. Her on-screen love interest Patrick J. Adams will also be exiting the drama, and there will be nuptials between the two characters by the second half of season seven, making for “an easy break for Meghan to leave.”

We’re patiently awaiting our save-the-dates for the royal wedding.

Original post October 16, 2017: When Kate Middleton became the Duchess of Cambridge, she gave up her former jobs as an accessories buyer for British luxury fashion chain Jigsaw and project manager at her family’s party planning business. Now, in exchange for royalty, Meghan Markle will likely be expected to do the same—that is, if she decides to marry Prince Harry. Following rumors of the Suits actress’ impending engagement, it’s no surprise we’re discussing the life decisions that precede a royal wedding. In Meghan’s case, she’ll probably have to bid goodbye to her entertainment career, especially considering the full-time duties that come with being a member of the British royal family, from advocating for charities to attending official royal events. It’s unlikely Meghan would be able to balance her new responsibilities with her role on the TV show. And it appears she’s indeed preparing for a future with the prince, as she’s reportedly told producers she won’t be reprising her character in Suits‘ eighth season. (In other indicative news, she also shut down her lifestyle site, The Tig, earlier this year.) Whether or not she’s really ready to make this sacrifice, we believe Meghan—with her utter gracefulness and generous humanitarian work—will fit right in with the royals.