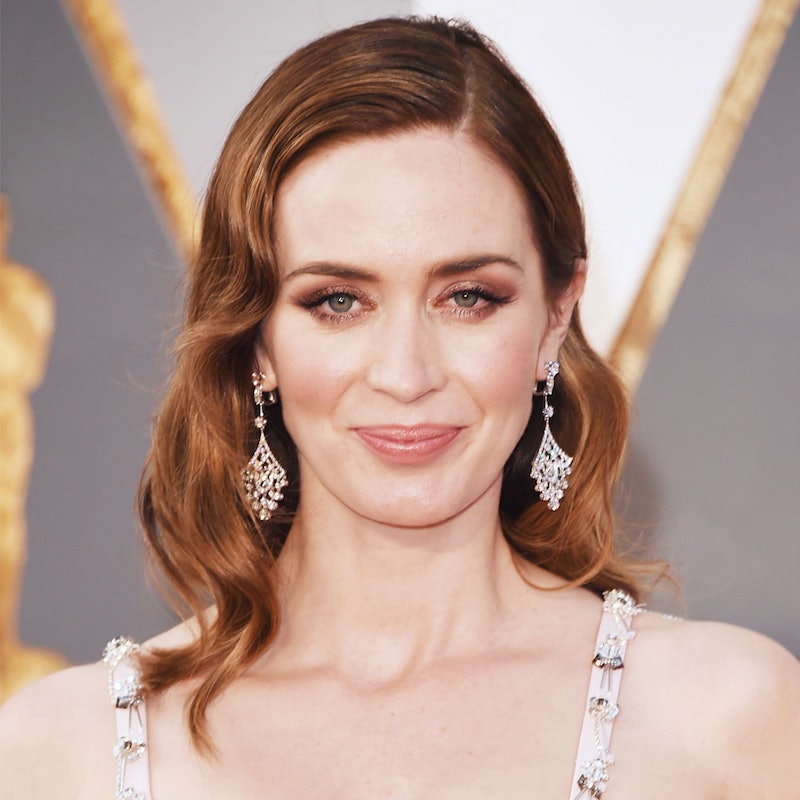 We lost our collective minds when we first caught wind that Emily Blunt would star in Disney’s upcoming sequel Mary Poppins Returns—so you can imagine how we feel now that we’ve seen the actress looking glorious as the titular character of our childhood musical dreams. In a series of photographs, Emily and costar Lin-Manuel Miranda (of Hamilton fame) are seen riding a bike around St. James’ Park as a group of chimney sweeps trail behind them. The sequel is set in Depression-era London, two decades following the events of the first film. And while we’ve known of Emily’s casting for a while now, it appears Lin-Manuel has reportedly been cast as Dick Van Dyke’s original Burt. Other supporting cast members include Dick Van Dyke himself (he will take the role of Mr. Dawes Jr.), Colin Firth and none other than Meryl Streep. The movie doesn’t hit theaters until Christmas 2018—here are a couple behind-the-scenes photos to hold you over until then.