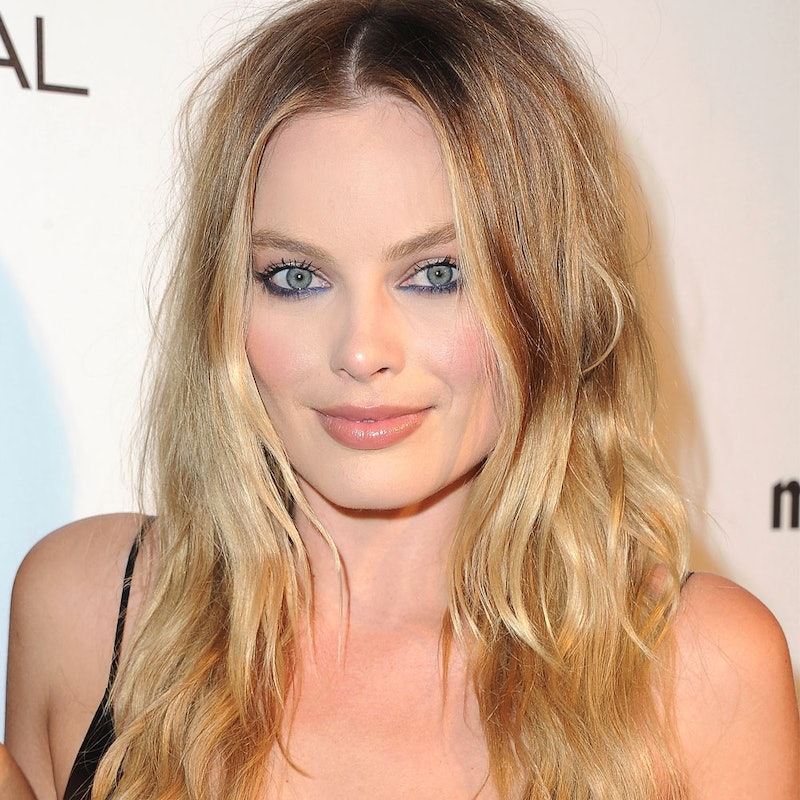 Take a good look at the above image. That’s Margot Robbie, the fearless leading lady and Aussie beauty whose roles include the charming Jane Porter in 2016’s Tarzan remake as well as wild-child Suicide Squad villain Harley Quinn. Now glance at this one—but don’t forget to come back! That’s right, it’s the same Margot Robbie, yet she couldn’t look more different as she transforms into Queen Elizabeth I for her new role in the upcoming historical drama Mary, Queen of Scots. We did a double take when we spotted the photo of Margot, who’s getting into character in London with a fiery bouffant and pock-marked skin (due to the monarch’s reported smallpox scars)—a far cry from her usual blonde mane and flawless complexion. She stars alongside Saoirse Ronan, who’s set to play the titular role, and we’re keen to see more of their Tudor-inspired, behind-the-scenes looks as filming continues.