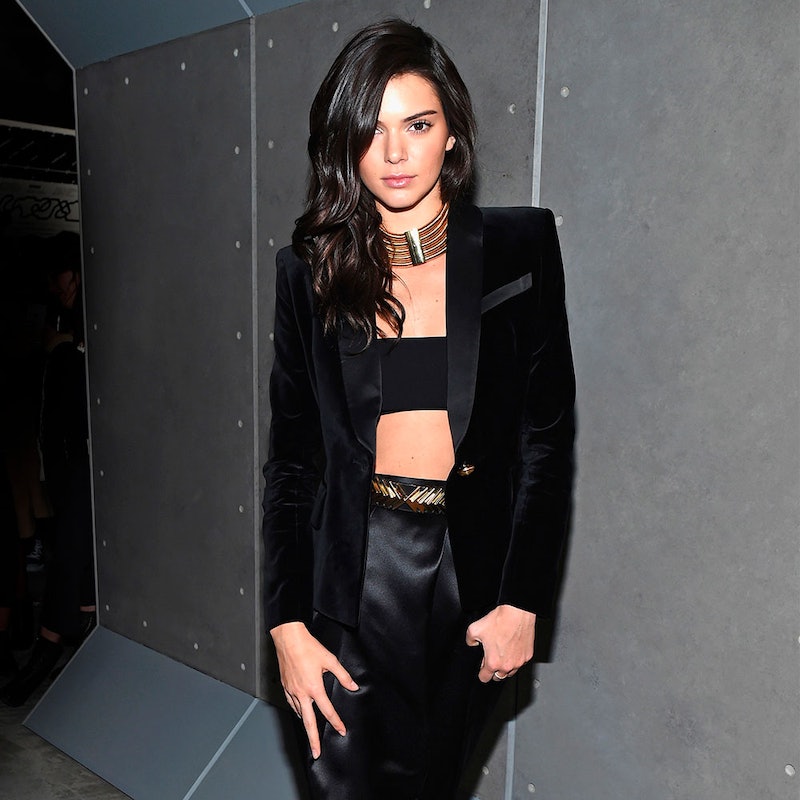 Looks like Kylie finally got a leg up on Kendall in the modeling world. The youngest Jenner has been anointed as a new member of the #WangSquad (courtesy of an Instagram announcement yesterday). Alexander Wang posted a Polaroid of Kylie (below) with the hashtag #WANGF16 along with other faces of his collection, including her rapper boyfriend Tyga and actress Zoë Kravitz. Since the designer launched his social media campaign last spring, he’s tapped a star-studded cast of models, actors and musicians. This isn’t Kylie’s first appearance in a major fashion campaign (she joined Kendall for Balmain last summer), and it’s unclear exactly how her involvement will play out, but we expect she’ll at least be attending the show if not hitting the catwalk. Since Kylie’s been known to surprise—from launching a makeup line to revealing her latest platinum ‘do—you never know.