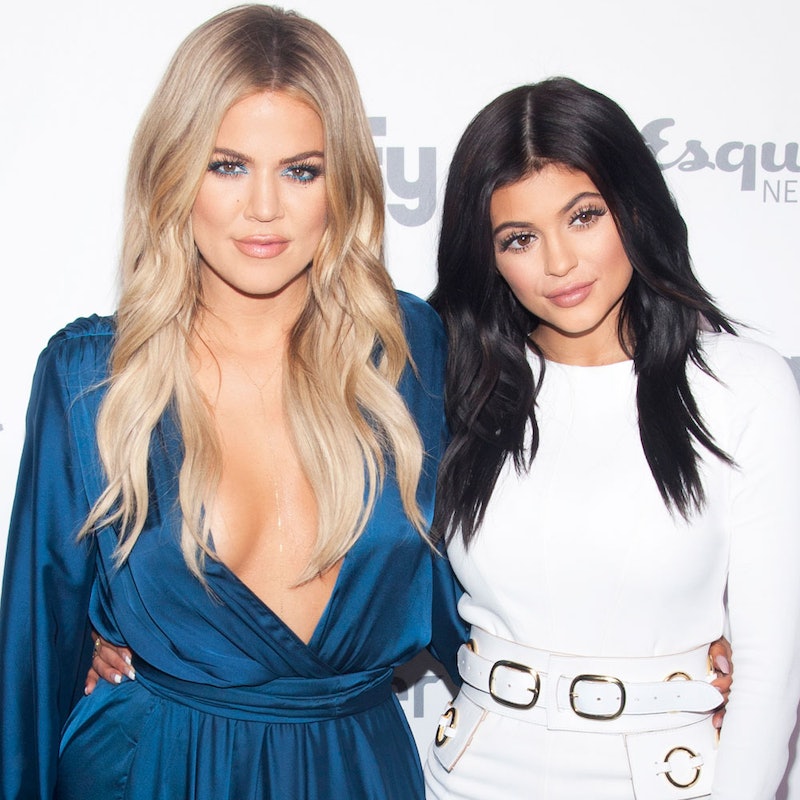 Last Wednesday, Kris Jenner posted one of her many kid-centric Instagram posts—nothing particularly noteworthy or unusual (or so we thought) …

The 62-year-old momager took to the social media platform to share a photo of pajama sets sent to her from Burt’s Bees Baby. “Thank you so much #burtsbeesbaby @burtsbeesbaby #bbbfamjams for the most amazing collection of family jammies ever and i am obsessed with the plaid !!!!! Can’t wait to cuddle up with the kids #holidayseason thank you for a collection for every one of my grandchildren

#blessed #gratefulthanks for the idea @oprah !!” Kris captioned the photo.

While her message may seem straightforward, take a look at the photo:

Kris Jenner says she “can’t wait to cuddle” with “every one” of her grandchildren in the caption—of which she has six: Mason, 7, Penelope, 5, North, 4, Reign, 2, Saint, 23-months, and Dream, 1. HOWEVER, there are NINE pairs of pajamas in this photo. Each set of PJs has a nametag—in the photo, five of the sets visibly bear the name of one of Kris’ grandchildren: Saint, Reign, Penelope, Dream, and Mason. Assuming one of the hidden tags reads “North,” that leaves three pairs of mysterious pajama sets.

If you recall, three of the KarJenners are expecting babies early next year (Kim Kardashian West via a surrogate, Khloé Kardashian and Kylie Jenner)—notably, the latter two have yet to personally confirm their pregnancies. Sooo … do the three remaining pajama sets belong to the unborn KarJenner babies??? Instagram seems to think so—users flooded Kris’ comments section with theories about the extra three sets:

In perhaps the most interesting turn, despite the many comments calling out the KarJenner babies, Kris has yet to re-word her caption or make a comment addressing the theories.

For the original article, head to InStyle.