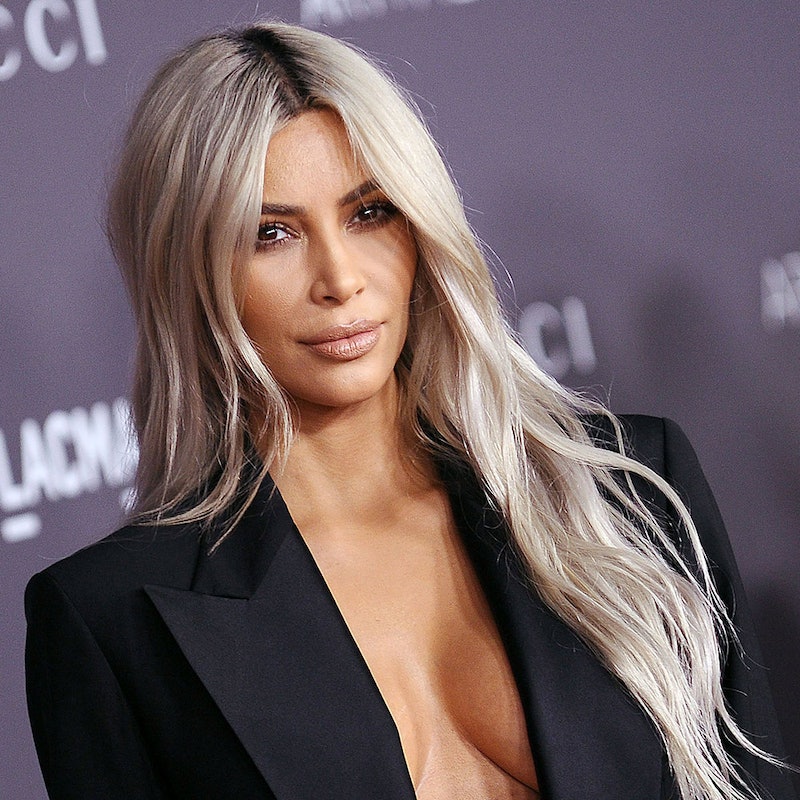 After her first cameo in Kylie’s ‘For Our Daughter‘ YouTube video which already has 59 million view, Chicago West has finally debuted on Kim’s Instagram account. The mommy-daughter duo wore matching white terry cloth and an Instagram bear filter, which only added to the cuteness. Here’s the pic for your perusal.

Kim Kardashian West has had a busy week, taking names and apparently also giving them. She and Kanye announced today that the newest addition to their tribe has been given the moniker Chicago West. We were hoping they’d name her Wylde, but we’ll take it. We’ll be here, patiently waiting for pictures.

Congratulations are in order for the Kardashian West family, as Kim announced today the birth of her third child, a girl, via surrogate. “Kanye and I are happy to announce the arrival of our healthy, beautiful baby girl,” the reality star stated on her app this morning. “We are incredibly grateful to our surrogate, who made our dreams come true with the greatest gift one could give, and to our wonderful doctors and nurses for their special care. North and Saint are especially thrilled to welcome their baby sister.”

In addition to being excellent (and obvious) news fodder, on a more serious note, it’s quite a moment in pop culture—the family has been very candid, both on and off camera, about their struggles to conceive a third child as well the entire surrogacy experience. Kim and Kanye have used Keeping Up With the Kardashians as a platform to make the highs and lows of conception (as well as the alternative options) mainstream conversation, and for that we applaud them.