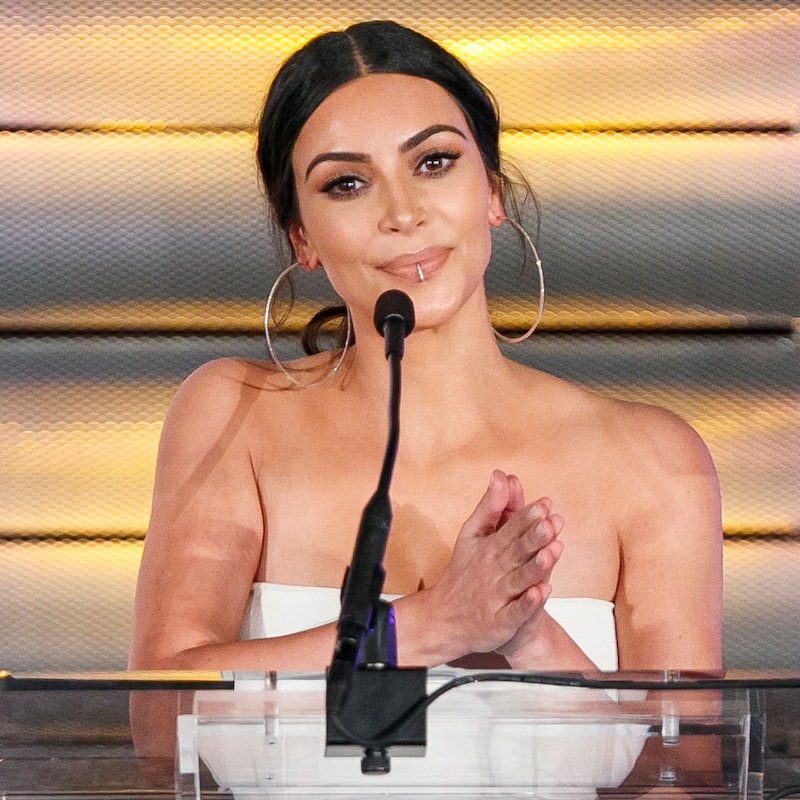 If you’re Jimmy Kimmel, there’s nothing quite like inviting Hollywood’s most in-demand names for a Twitter roast in honor of your 50th birthday. And that’s exactly what the TV host did during his late-night talk show, gathering A-listers like Chris Hemsworth and Jennifer Lawrence to read mean tweets about him, the majority of the zingers hailing from social media trolls and generally churlish people on the internet. But it was Kim Kardashian’s diss that truly stood out, as she recited a post shared by none other than her husband Kanye West, who engaged in a Twitter war with Jimmy back in 2013. (The comedian mocked the rapper’s infamous BBC Radio 1 interview in which he declared himself the “number-one rock star on the planet.”) Of course, it wouldn’t have been a proper taunt if the thing didn’t come in all caps: “JIMMY KIMMEL PUT YOURSELF IN MY SHOES … OH NO THAT MEANS YOU WOULD HAVE GOTTEN TOO MUCH GOOD P***Y IN YOUR LIFE.” Kim’s response? “Fair point, Kanye.” We’re still cracking up.