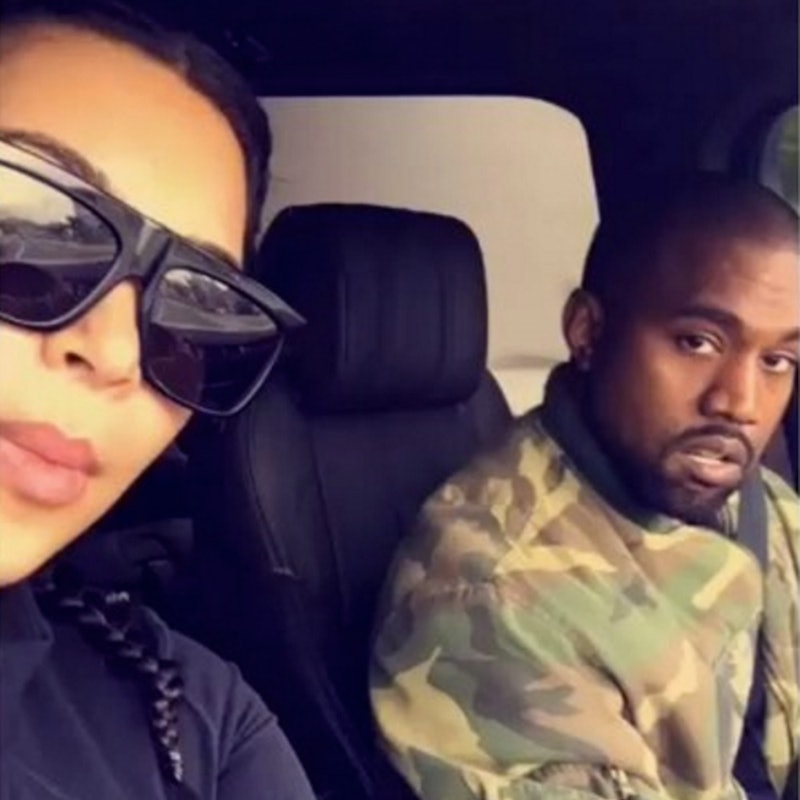 She’s only been on Snapchat for a week and Kim Kardashian is already killing the game (would we expect anything less?). In lieu of James Corden’s popular Carpool Karaoke sketches, the reality star and hubby Kanye West took to Kim’s Snap account with their own rendition of the musical series, jamming to Ye’s new album, The Life of Pablo, and Justin Bieber’s “What Do You Mean” (because it’s Kanye’s favorite song). While the majority of the snaps feature Yeezy feeling his beats with Kimmy smizing away by his side, the highly entertaining sequence proves just how regular the couple’s car behavior is, and we totally relate. Perhaps James will hit them up for his Carpool Karaoke spinoff? Watch all the footage here.