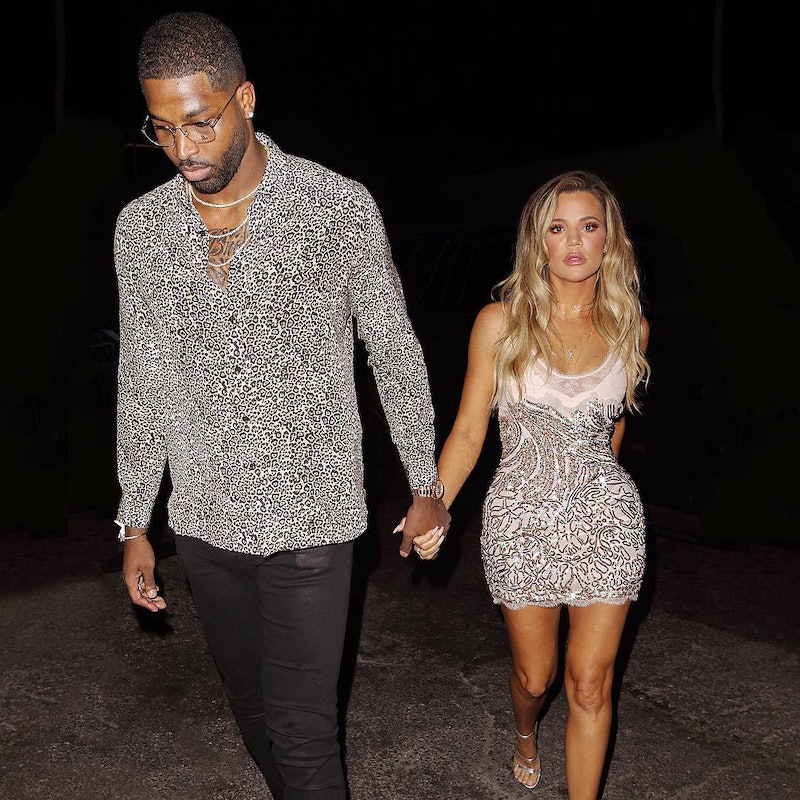 Updated October 25, 2017: We’re not saying it’s a boy (!), but multiple sources have told Us Weekly that Khloé Kardashian and Cavs star Tristan Thompson are expecting their very own mini NBA player. After her supposed pregnancy made headlines a month ago, the report says the 33-year-old not only has a baby on board, but also has adjusted her diet and fitness regimen to accommodate her new mom-to-be lifestyle. “She’s hungrier than ever,” an insider spilled, adding that Khloé had a 20-week checkup on October 9 with a specialist at Cedars-Sinai Medical Center in Los Angeles. As for tying the knot, the source added Khloé and Tristan are “just waiting for the right time to move forward.” While we wait on confirmation from the Kardashians themselves, perhaps some baby-name guessing can tide us over?

Originally posted September 26: Just when we thought the Kardashian-Jenner news cycle couldn’t get any more dramatic, another plot twist is thrown into the mix: Khloé Kardashian is reportedly expecting her first child, with boyfriend Tristan Thompson, according to multiple sources who just spilled the beans to People. With Kylie Jenner’s pregnancy bombshell last week and Kim Kardashian West’s recent announcement that she’s having a little girl via surrogate, there are now three sisters in the family currently expecting. Three.

“Yes, Khloé and Tristan are expecting and they are absolutely thrilled,” the source revealed to People. “This isn’t something they were in a rush to announce to the whole world, and it’s only been in just the past week or so that they’ve felt comfortable telling most of their inner circle. Things were complicated a bit by Kylie’s announcement as they don’t want to be seen as intruding on that moment for her but it is now reaching a point where Khloé doesn’t want to be openly lying to people, and just staying quiet isn’t going to work anymore.” Confirmation of both Khloé’s and Kylie’s pregnancies has yet to be given by someone from the Kardashian-Jenner camp, but you know we’ll keep you updated on all the goings-on.