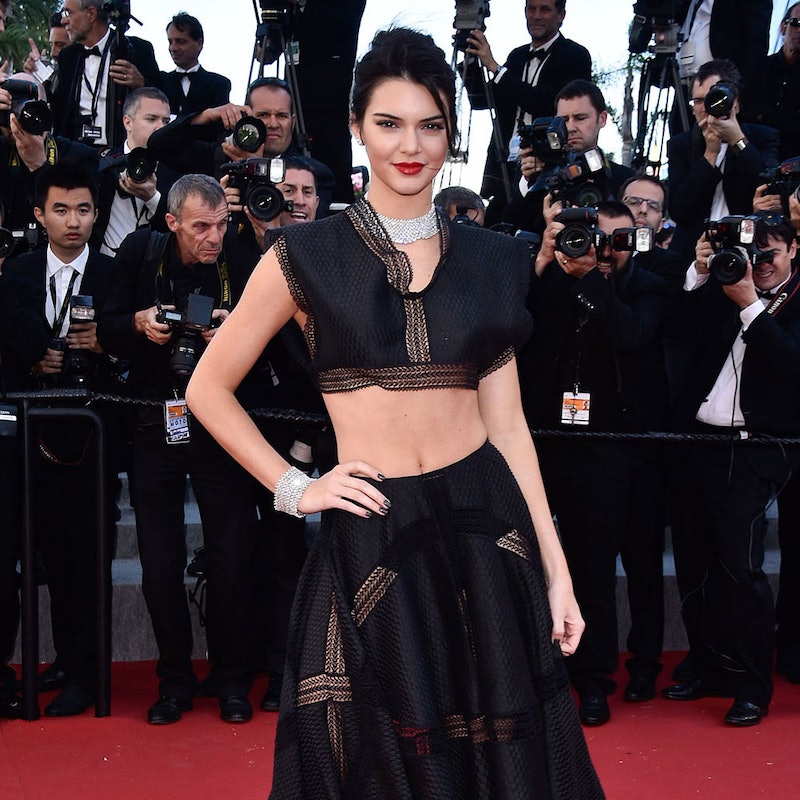 Despite Kendall Jenner’s reign over the fashion industry, Vogue’s latest September issue marks her first official cover for the glossy (though she had an entire special issue dedicated to her in April). While this honor was only a matter of time for the “model of her generation,” and came complete with an expectedly spectacular spread featuring Kendall in fall confections by Givenchy, Proenza Schouler, Louis Vuitton and more, it’s the campy video promoting her fashion feat that has us scratching our heads. We can’t help but wonder if it would’ve been best to let the cover speak for itself, or if we should applaud the irony that despite Kendall’s strides to earn herself industry respect through an extraordinary two years of work, the stigma of her reality TV background lingers and is seemingly celebrated by the fashion bible. While we’re sure the video is meant to be taken in jest—knowing Anna Wintour’s sharp sense of humor—we’re undecided on what to make of the clip. Watch it here.