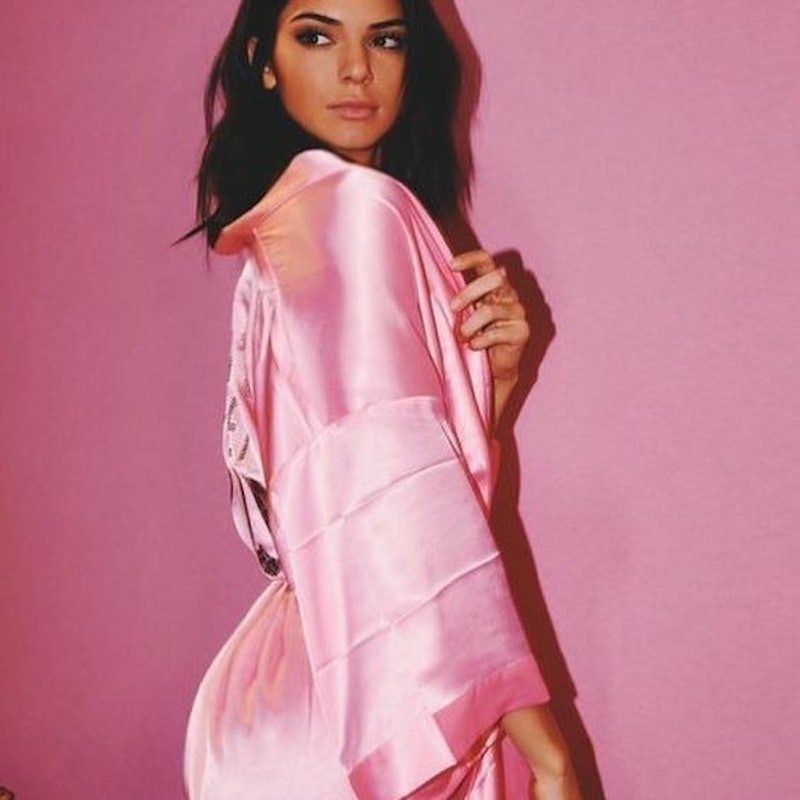 On Thursday, Kendall Jenner revealed in a post on her app entitled “The Story Behind My Pink Wall!” that her living room wall is coated in what is known Baker-Miller pink for a reason that has nothing to do with aesthetics (though we have to admit it looks pretty cute when juxtaposed against her Christmas tree, we’re just not sure about the other 11 months of the year). In the article, Kendall states, “Baker-Miller Pink is the only color scientifically proven to calm you AND suppress your appetite. I was like, ‘I NEED this color in my house!’ I then found someone to paint the room and now I’m loving it!'” She’s not wrong—the hue was discovered in the 1970s to have some calming effects on prisoners. (Does this feel dark to anyone else?). It was subsequently found to maybe work as an appetite suppressant in the ’80s, though if you know anything about that decade you might suspect something else was at play. (We kid.) It’s unclear as to why the young-and-rail-thin Victoria’s Secret model needs to keep her appetite at bay, except societal expectations imposed by the patriarchy. Also, we may have laughed at this entire thing a few years ago, but in 2017 we’ll try just about anything to stave off our anxiety, even if it requires exploding Pepto Bismol in our bedrooms.