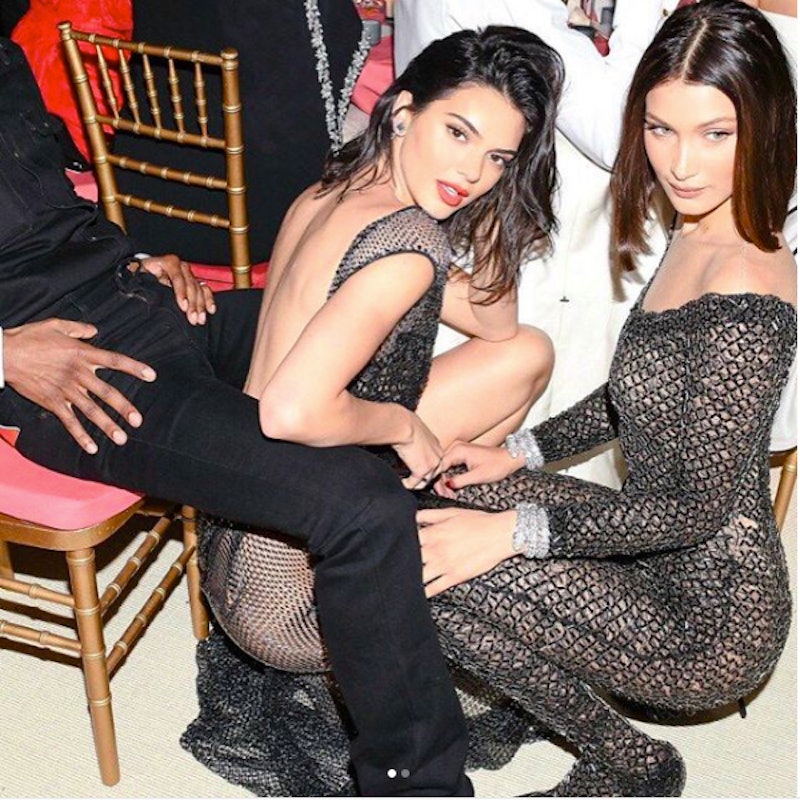 It’s hard to believe there was a time when Kendall Jenner and the Hadid sisters didn’t know one another. Although we pegged them as supermodel besties at birth, Gigi and Bella didn’t meet the eldest Jenner until they were teenagers. And while Gigi and Kendall can thank the fashion circuit for bringing them together, it turns out Bella and Kendall’s initial interaction was something more of a modern-day meet-up that would eventually blossom into a serious friendship.

In an interview for InStyle‘s August cover story, Bella revealed not only that she knew Kendall even before her older sister did, but also that they first came across one another on the internet. “I met her for the first time seven years ago over Twitter,” Bella said. “That was before we started modeling; I was probably 14 or 15. We met up and had sushi, and now we’re best friends. She’s a pretty significant human I met online.” So there you have it: As millennials, the two were clearly pioneers of sliding into one’s DMs even before it became a thing. If only we could meet our supermodel BFFs online, too.