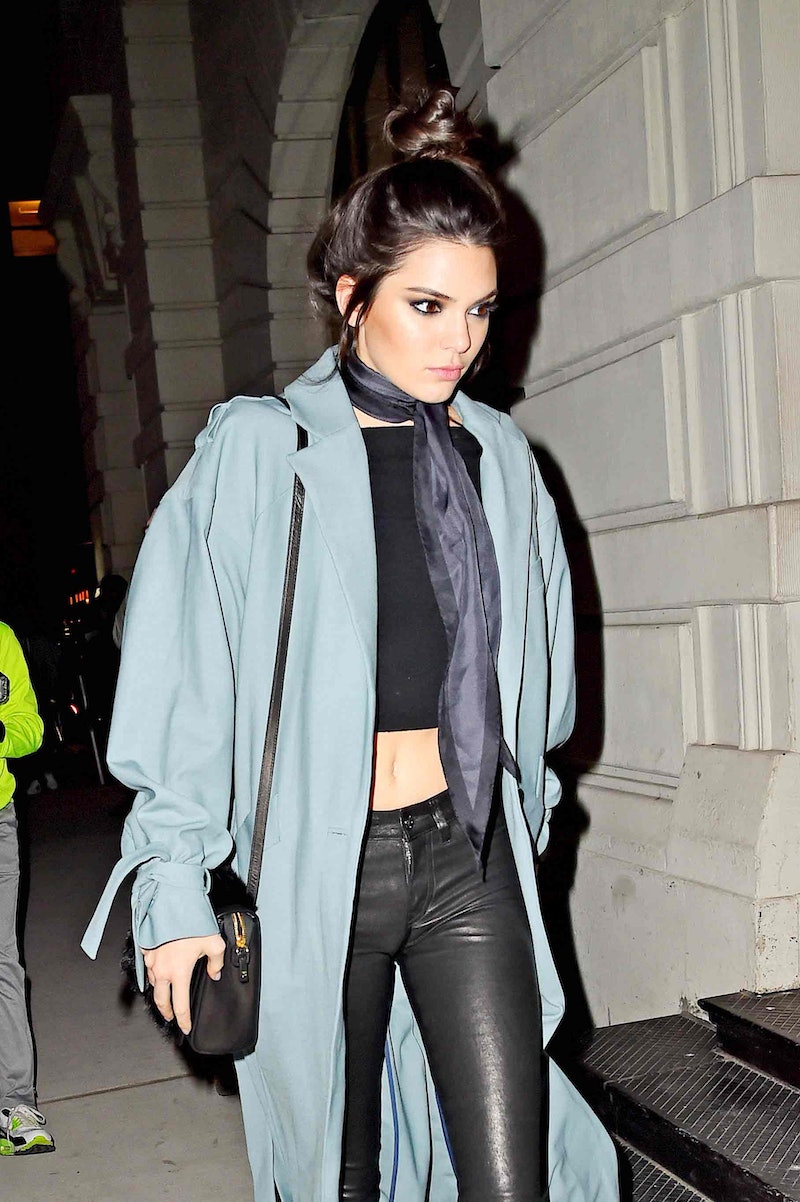 We cover Kendall Jenner quite a bit here at TZR—she’s a model, an It girl, a street-style star and a member of America’s equivalent of the royal family (sigh), so there’s a lot to discuss. I like Kendall a lot, and I envy her even more (yesterday she bought a $52,000 couch, which is the amount I still owe in student loans, and then stepped out in a $9,000 dress for her 21st birthday party), but—as I was telling two younger colleagues recently—I don’t wish her life on anyone her age. Why? Well, it’s not that it’s all downhill from here, but there is something to be said for working your way up to certain things in life. If, at 21, you have achieved incredible wealth, worldwide fame and are, inarguably, one of the most beautiful young women on the planet what, exactly, do you have to look forward to?

When I was 21, I was still in college and working at a restaurant/babysitting to pay to live in the bedroom I shared with my best friend. (Yes, we shared not just an apartment, but a room.) I spent my 21st birthday in a highly-regrettable outfit drinking even more highly-regrettable cheap tequila shots at a campus dive bar. I don’t remember any of the gifts I received because they were likely delivered in a shot glass. The paparazzi weren’t there, and thank god, because I’d have to have entered witness protection as a result. Now, some years later (ahem), I appreciate the fact that I can invest in a soiree, should I so choose, to celebrate milestones with money I’ve earned slowly, overtime. (Note: I’ll get to the $9000 dress by 2091, in case you’re wondering.) It’s hard to let go of youth, but one of the tradeoffs is that your life tends to become richer in every way as you get older. I’m not saying that this won’t be the case for Kendall, it just seems to me that it will take a lot to compete, year-over-year, with the extraordinary life she’s leading at 21. Even her sister Kim, arguably the most famous person on the planet, had to spend her early twenties toiling in relative obscurity as Paris Hilton’s assistant. As a result, she likely has some perspective which will help her if (most likely, when) the spotlight fades.

I’m not playing any tiny violins for Kendall—she’s clearly having the best life ever—but despite my overwhelming envy, I am still (sometimes, deep down) glad that her reality wasn’t mine at 21. Getting older is difficult enough without peaking in such a major way at such a young age. So, if seeing endless Kendall coverage makes you feel a little blue, take comfort in the fact that when you buy your first home, it will probably feel a bit more special than it did when Kendall purchased hers, or that when you find yourself the center of attention on your wedding day, it will probably feel just a tad more extraordinary than that level of attention does for Kendall on a regular basis. Happiness, after all, has much more to do with perspective than it does with any external circumstances.