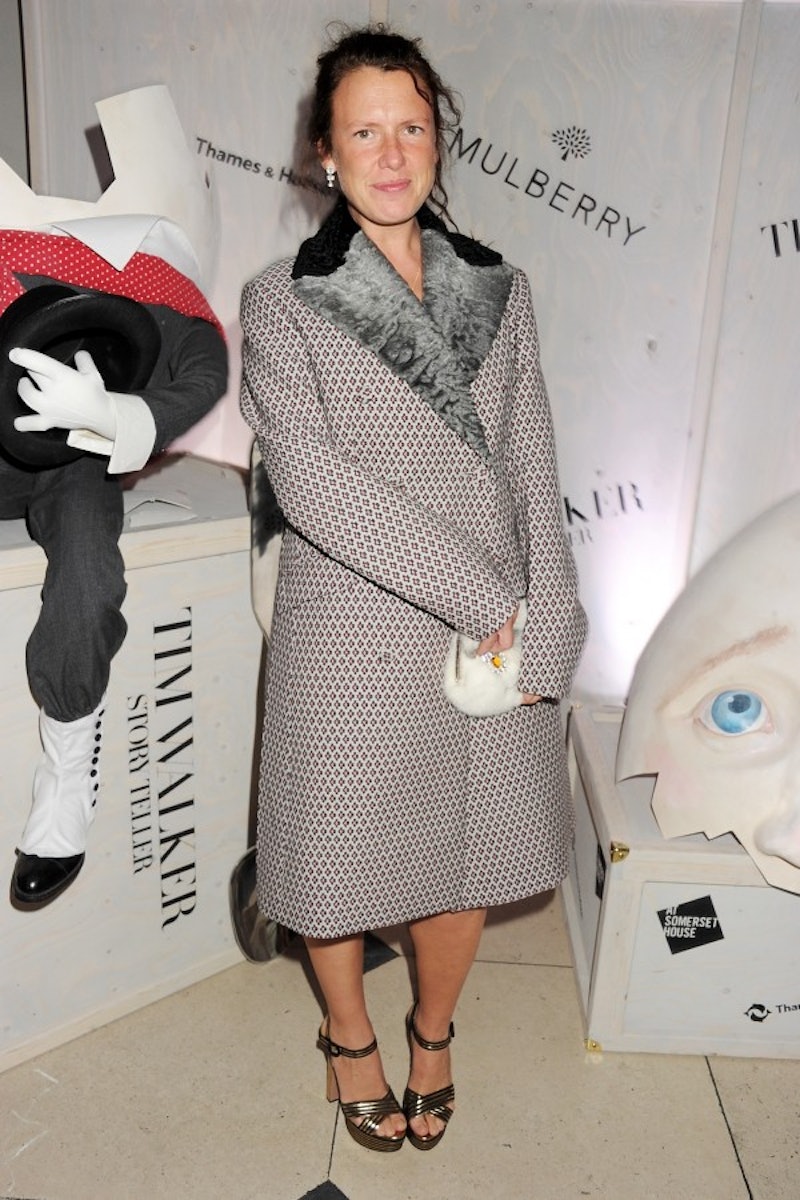 British super-stylist and editor-in-chief of Love Magazine, Katie Grand is one of the coolest girls out there. Not only is her Instagram feed chock-full of adorable bunny photos and candids with the likes of Marc Jacobs and Cara Delevingne, but her incredible work has resulted in some of the most inspiring and dynamic fashion images in history.

The Central Saint Martins grad helped launch and shape the look and feel of cult-favorite magazines Dazed and Confused, The Face and Pop (where she was editor-in-chief) before Conde Nast hired her to create and head-up Love. On top of that she’s responsible for styling countless big-ticket runway shows every season, including Louis Vuitton and Prada, and still finds time to tackle the occasional left-field creative project, like designing a collection of super-fun accessories for Hogan. In short: we’ve got a girl crush. Read on for a little bit from Katie on her career and favorite stylish things.

Kate Moss styled by Melanie Ward for the July 1990 issue of “The Face”. Photo: Grazia Daily

"When I was seventeen I interned for a British designer called Katharine Hamnett. I was at college in Birmingham and came to London for a week. Kate Moss was on the cover of The Face with 'The Third Summer of Love' image and whilst I was there I met Melanie Ward and Ray Petri's assistant. I think before that I didn't know what a stylist was and it seemed like an interesting thing to do."

"I didn't find St Martin's particularly useful, I liked the people there, I'm still friends with most of my friends from St Martin's - Giles Deacon, Luella Bartley, Grace Cobb and other students that were there when I was there were Hussein Chalayan, Lee McQueen, Stella McCartney, Phoebe Philo. The people were great!"

"At Dazed the day I got booked to work with Kylie Minogue I couldn't stop running around the office, that was probably a career changing moment. Otherwise I don't know, I'm still very fond of Rankin and so respectful of what he achieved. I remember sitting in an office at the London College of Printing with him, Phil Poynter and Matt Roach (who is now the art director on Love) and him saying "we could be te next i-D" and that's what we became. He had such amazing drive and ambition it would never have happened without him."

By the time I got to The Face and Pop I suppose I was much more savvy. Pop was the fourth magazine I'd launched so it felt like no big deal even though I think I was about 27. I'd launched four magazines before I was 30.

"It was when I was at St Martin's there was a guest lecturer called Michael Rosen who told me just to "go and do what I wanted to do", which was to launch a magazine. Then I met Rankin and Jefferson [Hack] in a bar and the rest is history."

The Inspiration Behind Love

"It was getting harder and harder to work on Pop, we had a really bleak office without any windows and it was so tiny that with all the computers and printers switched on in the summer the temperature was reaching 37 degrees. Physically it was really tough and having been there for seven years I was getting the seven year itch. I'd started running in to Ronnie Newhouse who kept mentioning me launching a magazine with Conde Nast and then I had a couple of meetings with Nicholas Coleridge and we'd got on really well so I suppose we were having a bit of a mutual love-in. It sounds really arrogant but I'd always imagined being at Conde Nast. I just had a vision that everything would be better and easier and to be honest, it has been. They respect editors and magazines, and I like producing them and respect what they do, so - voila!"

On Balancing Creativity And Business

"I love the business side, I work really closely with my publisher, Catherine Russell; we've worked together for years on The Face, Pop and now Love. I like doing a commercial magazine, I'm really happy that our advertising revenue keeps going up, even though most other magazines are having a tough time, and I love when we have a good newsstand sale. It keeps me going! I like working on a creative title but I love the fact that people see it."

What She Looks For In An Editor, Photographer or Stylist

"A new viewpoint, it's quite simple."

"The first Prada show I did - fall 2003 - just because I never imagined that happening. Prada fall 2004 as I just loved it. Vuitton fall 2007 because we worked with the Sprouse print and I always loved that. Vuitton fall 2011 with the elevators. There are so many really. Giles fall 2006 - the studded one."

On Collaborating With Hogan

"I kind of knew how to design shoes and bags anyhow from working with all the people I've worked with over the years so that bit was easy. I've just enjoyed it - the Della Valles are very good fun to work for."

"Issy was the most stylish woman. Then I like all the usual suspects; Lauren Hutton, Carlyne Cerf, Sofia Coppola, Vuitton's former design director Julie de Libran, my friends.."

"I love a long decadent lunch with friends - it's my favorite."