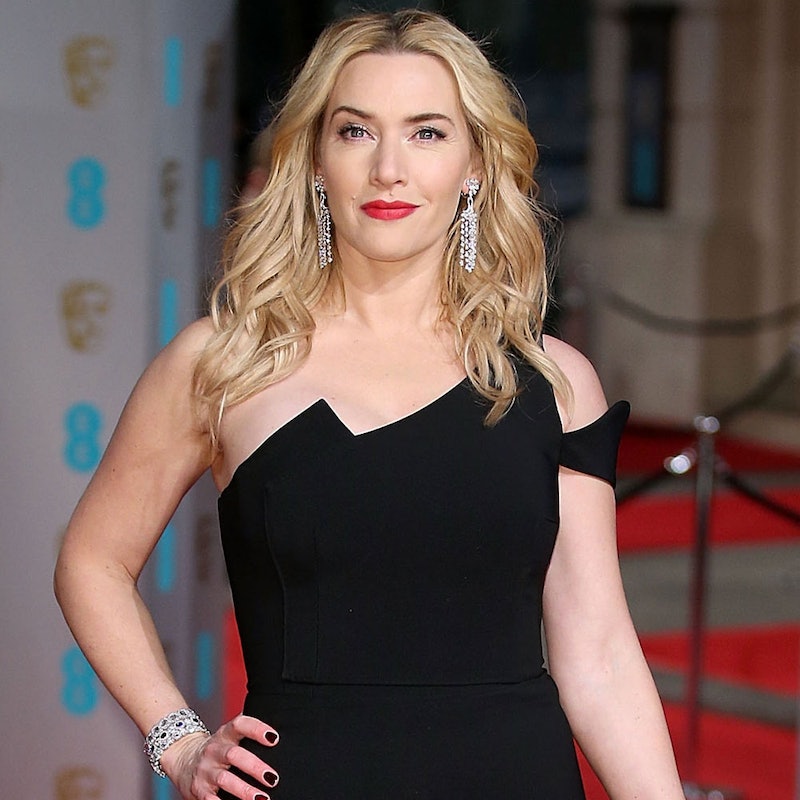 It’s hard to believe the ever graceful and absolutely stunning Kate Winslet was ever bullied for her looks, let alone her weight. But she was, and the body-positivity champion has never allowed criticism to stop her—earning her breakout role in Titanic and subsequent blockbusters because she made “no apology for who I am,” she told children at a London charity event earlier this year. Now, the actress is taking that healthy self-image even further, recently admitting she hasn’t weighed herself in 12 years.

Speaking on The Tonight Show With Jimmy Fallon, Kate insisted she did her own stunts during the filming of The Mountain Between Us, her upcoming romance-disaster film starring Idris Elba. The Oscar winner spoke about the extreme weather conditions that led her co-star to drag her from a frozen stream while she played unconscious, adding that she felt sorry for him because, well, she had no clue how much she weighed. “I found it really hard not being able to help my friend,” Kate said about Idris. “I don’t know how much I weigh. I haven’t weighed myself in 12 years—top tip, it’s a great move.” Hey, it’s something we can all get behind. As Kate said in London: “You can do anything, believe it. It is possible to overcome your fears.” Yas, queen.