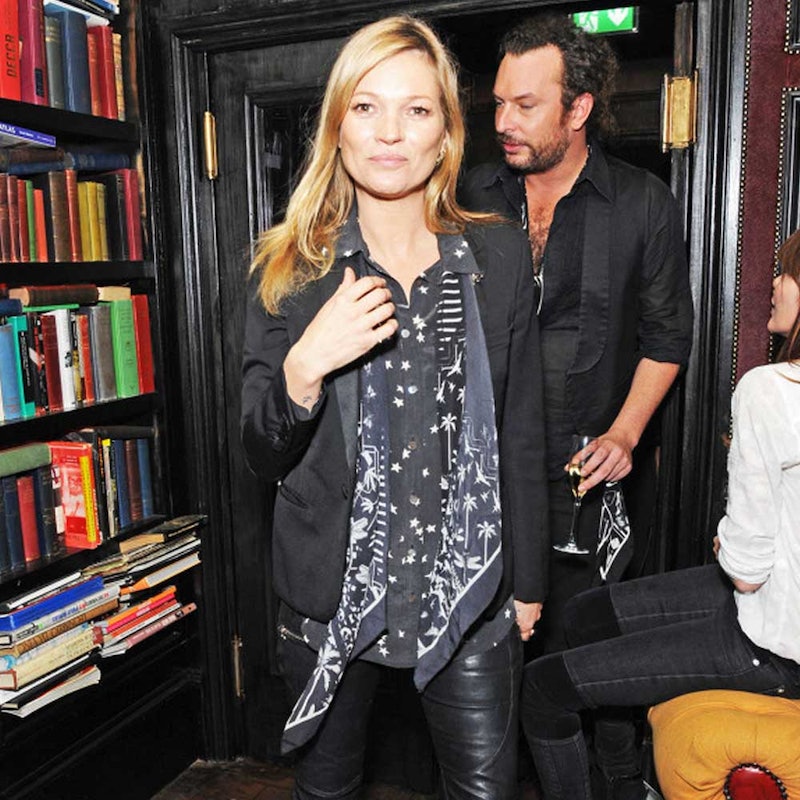 When you think of Kate Moss’s iconic style, rock-‘n’-roll vibes instantly come to mind. Paying homage to British rock, the legendary model styled her own cover shoot for the May issue of Vogue UK in honor of the Rolling Stones new exhibition at the Saatchi Gallery in London. Marking her 37th cover for the magazine (her first was in 1993), Ms. Moss used the band’s collection of stage costumes (befitting the model’s personal style), assembling quintessential rocker-chic looks against a magnificent garden-scape. From her velvet studded blazer, tousled waves and “I’m with the band” gaze, it’s nearly impossible to not hum “Like A Rolling Stone” and transcend to the Stones ’60s glory days. Below, take a peek at her rockstar cover and click over to Vogue UK for more on the incredible shoot.