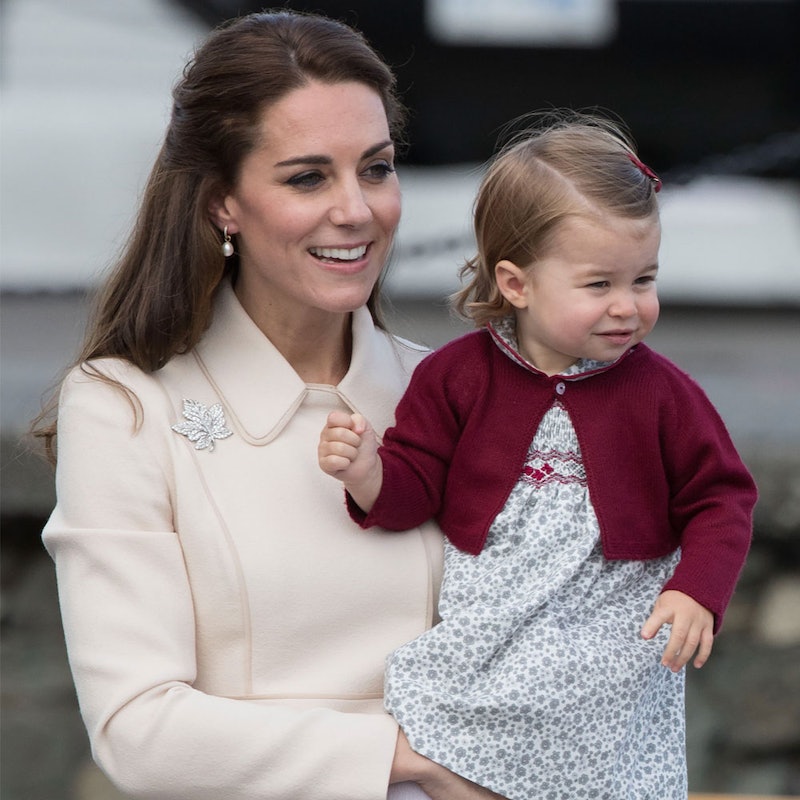 Just because she’s the Duchess of Cambridge doesn’t mean Kate Middleton is exempt from the same ordeals we normal folks go through—whether it’s relocating for family, powering through a workout or shamelessly buying the same dress in more than one color. But we still can’t help our surprise when we hear that she struggles with something so many women in the world do: motherhood.

During her speech at a mental health advocacy event in London, Kate admitted that parenting Prince George and Princess Charlotte with husband Prince William has been both “rewarding and wonderful,” but it isn’t as easy (or glamorous) as we think. She told the crowd that she’s faced many challenges as a mother—even though she’s lucky enough to have a royal support system.

“Nothing can really prepare you for the sheer overwhelming experience of what it means to become a mother,” she said. “It is full of complex emotions of joy, exhaustion, love and worry—all mixed together. Your fundamental identity changes overnight. You go from thinking of yourself as primarily an individual to suddenly being a mother, first and foremost.”

As a new parent, Kate said, she had to navigate the first few months with her newborn without a “rule book,” with no concrete “right or wrong.” At times, she found herself experiencing a lack of confidence as well as feelings of ignorance, which she acknowledged can be worse when one already grapples with mental health conditions. (As many as one in nine women suffer from depression before, during or after pregnancy, prompting symptoms like anxiety, irritability and even suicidal thoughts.)

Because of depression’s ongoing stigma, women often suffer in silence, which Kate said only allows the problem to go unchecked. Instead, she expressed that she wants people to open up a discussion on the stresses and strains of motherhood—not just its joys, albeit there are a lot of them. “It’s okay not to find it easy, and asking for help should not be seen as a sign of weakness,” she said.

Watch The Duchess of Cambridge speak at the launch of the @BestBeginnings ‘Out of the Blue’ film series, with @Heads_Together pic.twitter.com/1mMupReocK — Kensington Palace (@KensingtonRoyal) March 23, 2017

If you or someone you know is suffering from maternal depression, please contact the National Suicide Prevention Lifeline.