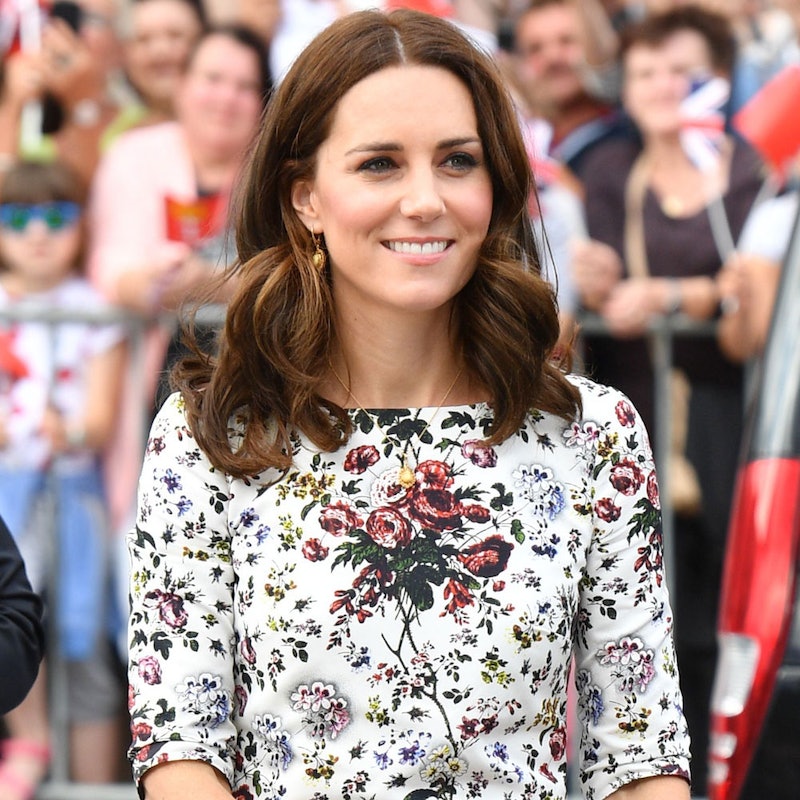 It’s been a while since we’ve heard from Kate Middleton. Aside from her brief appearance in a video for a mental health charity, the Duchess of Cambridge has been noticeably MIA—and for good reason. Earlier this month, Kensington Palace announced Kate is expecting baby number three, and as during her previous pregnancies, she’s suffering from a severe form of morning sickness that’s kept her resting at home. Fortunately, things seem to be looking up, as she’s officially scheduled to make her first appearance since the announcement, for a cause close to her family’s heart. On October 10, World Mental Health Day, Princes William and Harry will accompany Kate to a Buckingham Palace reception to celebrate those who work in the public health sector, as the royal trio seek to end the stigma surrounding mental health issues as part of their Heads Together campaign. We can’t wait to see the expectant royal debut her baby bump—and yet another round of chic maternity style.