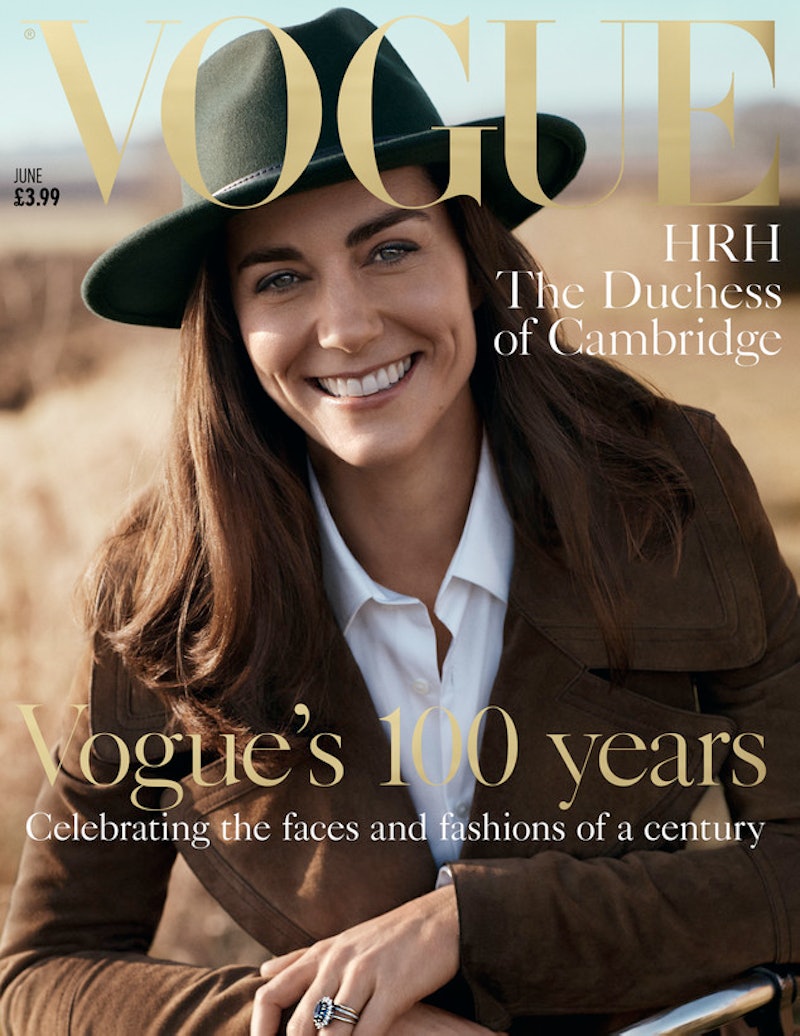 Following in the footsteps of Princess Diana at long last, Kate Middleton will grace the cover of British Vogue‘s June issue, out on newsstands May 5. This cover marks the first time The Duchess of Cambridge has posed for any fashion magazine, and her spokesperson said she “was delighted to play a part in celebrating the centenary of an institution that has given a platform to some of the most renowned photographers in this country’s history.”

On the cover, Kate—who was photographed by Josh Olins in the Norfolk Countryside and styled by fashion director Lucinda Chambers—wears a Burberry coat and shirt and a vintage hat from Beyond Retro. In another photo accompanying the cover story, Kate wears a Petit Bateau top and Burberry trousers.

The landmark shoot was done in collaboration with the National Portrait Gallery—of which the Duchess has been a patron since 2012—in honor of British Vogue‘s 100th birthday. See additional photos here.