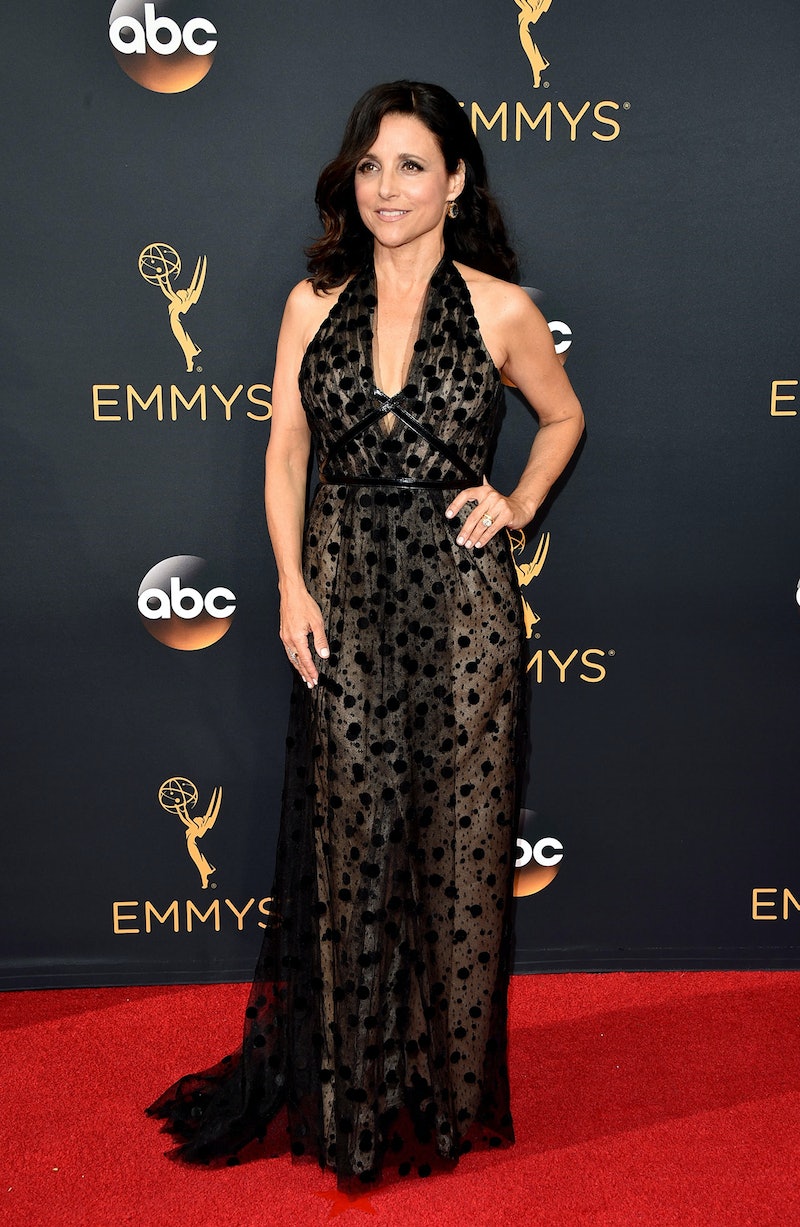 So far, we’re pretty impressed with the Emmys—sometimes, marquee awards shows like this tend to feature phoned-in acceptance speeches by those honored, but not so with tonight’s program. Transparent creator Jill Soloway gave a riveting speech in acceptance of her Best Director award, which included the lines, “This TV show allows me to take my dreams about unlikeable Jewish people, queer folk, trans folk, and make them heroes. Thank you for the trans community for your lived lives. We need to stop violence against trans women and topple the patriarchy.” This was closely followed by another emotional speech, this time given by Best Actress in a Comedy (Veep)-winner Julia Louis-Dreyfus. After apologizing for her show, a political satire which she joked created the current political climate, Dreyfus took a moment to thank her father, who passed away on Friday. “I’m so glad he liked Veep,” she said as she choked back tears. “Because his opinion was the one that really mattered.” It’s no secret that Julia Louis-Dreyfus is one of our favorite actresses and humans of all time, and we couldn’t be more affected by her authenticity or impressed with the fortitude it must have taken to say that on stage. Bravo, JLD! Also, if you haven’t yet seen her performance in Veep, it’s well worth a watch—there’s a reason this is her fifth Best Actress Emmy for the show.