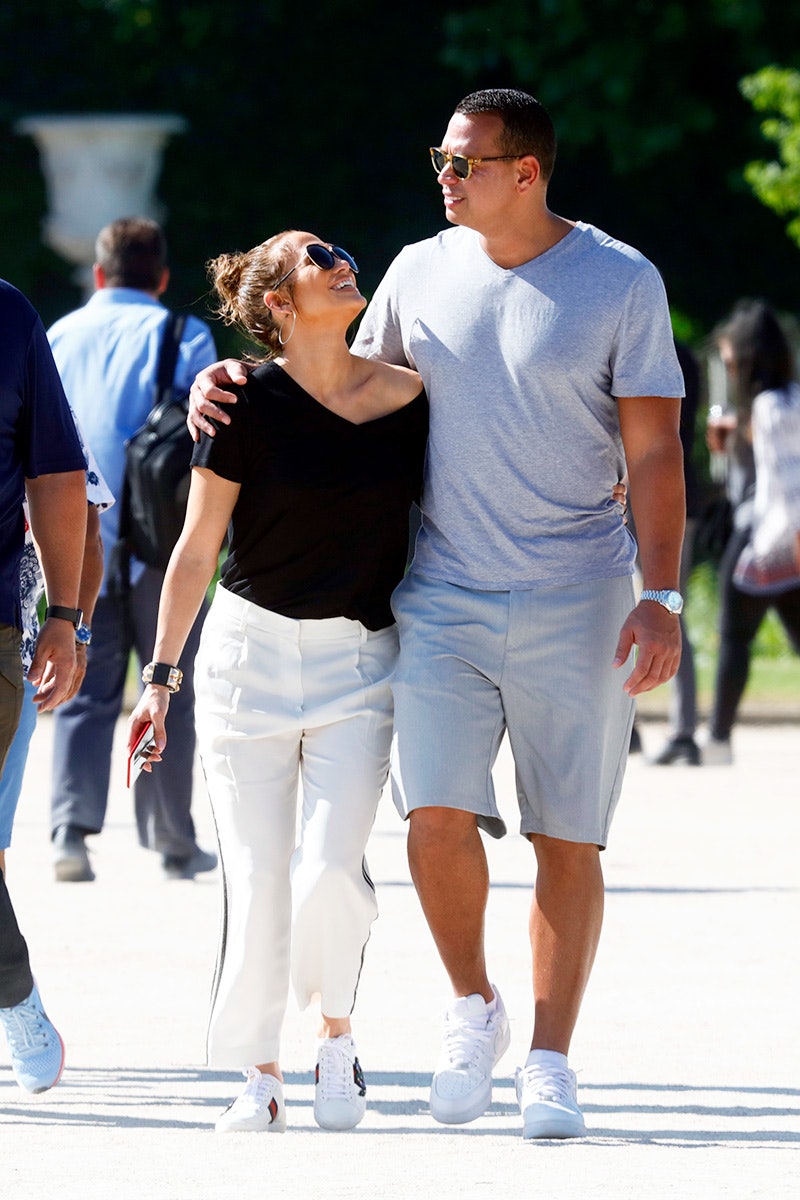 We don’t know about you, but it is becoming more and more difficult to stay positive with all of the negative news making headlines each and every day. So, when a news update features one of our most beloved icons—in this case, the impossibly beautiful bad-ass that is Jennifer Lopez—strolling arm in arm through Paris with her beau (reformed playboy Alex Rodriguez), we can’t help but take a break to celebrate the sweetness of it all.

Following in the footsteps of Jennifer Aniston and hubby Justin Theroux, who also recently visited the City of Lights for some romantic strolling, the two lovebirds experienced Paris in the exact same way any “civilian” would. They visited the Louvre for what was reportedly A-Rod’s first time, rode a tour bus (even we wouldn’t do that!) and just generally had the most normal trip to Paris one could possibly imagine for a power couple of their caliber. We’re a bit jealous of their fellow tourists, honestly, as the only thing that could possibly make the long summer lines at Paris attractions bearable would be the scoring of sly Insta evidence of a J.Lo spotting. According to TMZ, the two were mostly left alone to enjoy Paris without fan interruption, which just goes to show that French girls really are more casual about beauty than we are, as there is literally no chance we would’ve let Jen pass without begging for her secrets to eternal youth. For now, we’ll instead have to settle for this $2 tip for replicating the star’s signature glow, minus the natural enhancement of l-o-v-e.