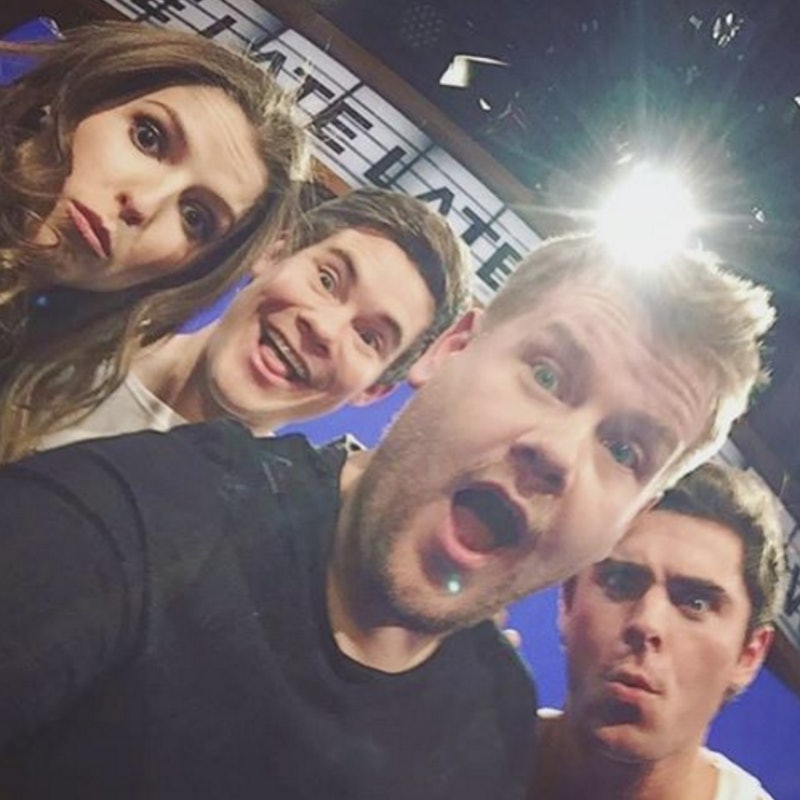 After one of the most entertaining events in recent television history (thank you Gaga, Bey, Bruno and Coldplay), The Late Late Show with James Corden followed suit with even more epicness. Paying homage to the game (and the fact that the host’s only athletic memories are those rendered through film), Anna Kendrick, Zac Efron and Adam DeVine appeared in what was a super-solid skit celebrating iconic sports movies via seamless quick-changes in front of a green screen. Notable moments include Anna’s English accent in Bend It Like Beckham (and a Sandra Bullock impression in The Blind Side), James’ high kick in Bring It On, and Zac mistaking Hoosiers for High School Musical.

But that’s not all. It wouldn’t be an A+ episode without a memorable Carpool Karaoke segment, this time featuring Sir Elton John. In what was a dream come true for Corden, the legendary Brit demonstrated his willingness to don silly costumes whilst epically belting classics like “I’m Still Standing,” “Crocodile Rock” and “Tiny Dancer.” And while the star seems to have rhythm, he explains that a certain famous choreographer disagrees:

James Corden: “I never knew you were such a dancer.”

Elton John: “Arlene Phillips said I was the worst dancer she’s ever worked with. Bitch!”

Watch all of the humor and high notes here: