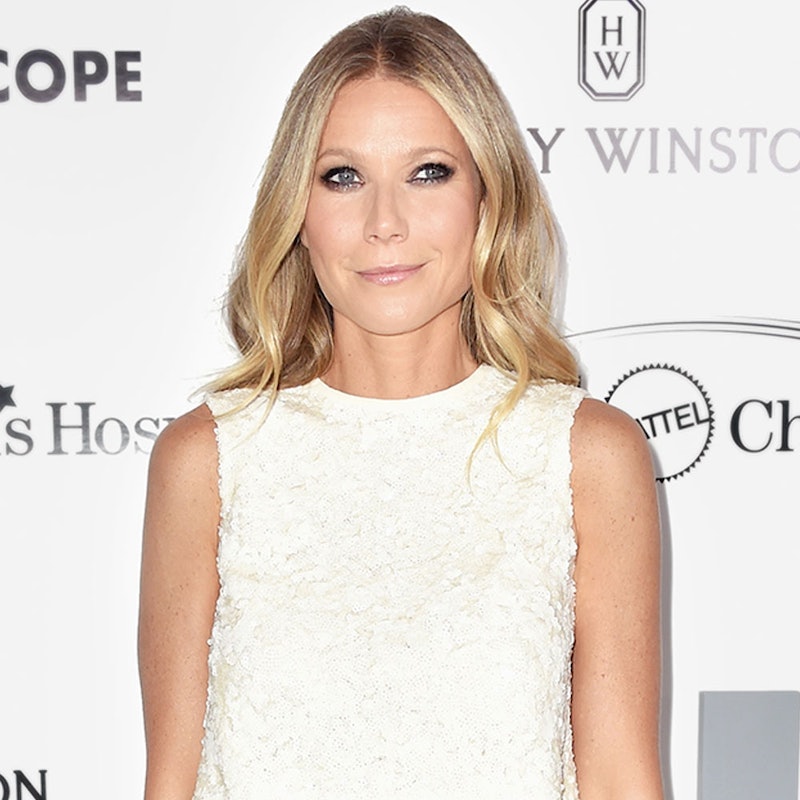 We’re all about supporting our fellow women, and Gwyneth Paltrow is no exception. The Goop founder gives us everything from wellness advice to tips on the latest sex craze, so it’s safe to say that we’ve come to rely on her all-around wisdom to lead us into our respective adulthood journeys.

This time, the actress-turned-entrepreneur is sharing a few lessons she’s learned along the way, particularly how to carve your own success in spite of constant criticism. (Hey, haters gonna hate.) “I’ve had an extraordinary life, where things have happened in a huge way—huge success, huge joy, huge pain, huge loss,” Gwyn recently said. “And the reason I feel happy today is because I’ve milked the f— out of every opportunity. I haven’t made one mistake that I haven’t used as a stepping stone to get somewhere else. I’m ruthless when it comes to using the hard things.”

In fact, she even has a solid theory on why she’s gotten so much flak since launching her lifestyle site, which is pretty much the digital equivalent of the quirky, try-anything friend in your girl squad. “It’s got a few layers to it. People were fine with me as an actress, but with Goop, it was like, ‘Stay in your lane,'” she said. “Women in general get a lot of push-back, especially if you’re successful and attractive.” (Side note: We fully agree with these adjectives.)

And if there’s anything to take away from Gwyneth’s disclosure, it’s that you shouldn’t regret pioneering something you believe in. Take her initially ridiculed “conscious uncoupling” phrase, for example, to describe her divorce from Chris Martin after 10 years of marriage. “People are coming around,” she said. “I know it’s a dorky term, but it’s very worthwhile. I’m always the person who gets s— at first, but then later people say, ‘Hey, maybe that’s a good idea.’ I don’t mind.”

Read the rest of her candid interview here.