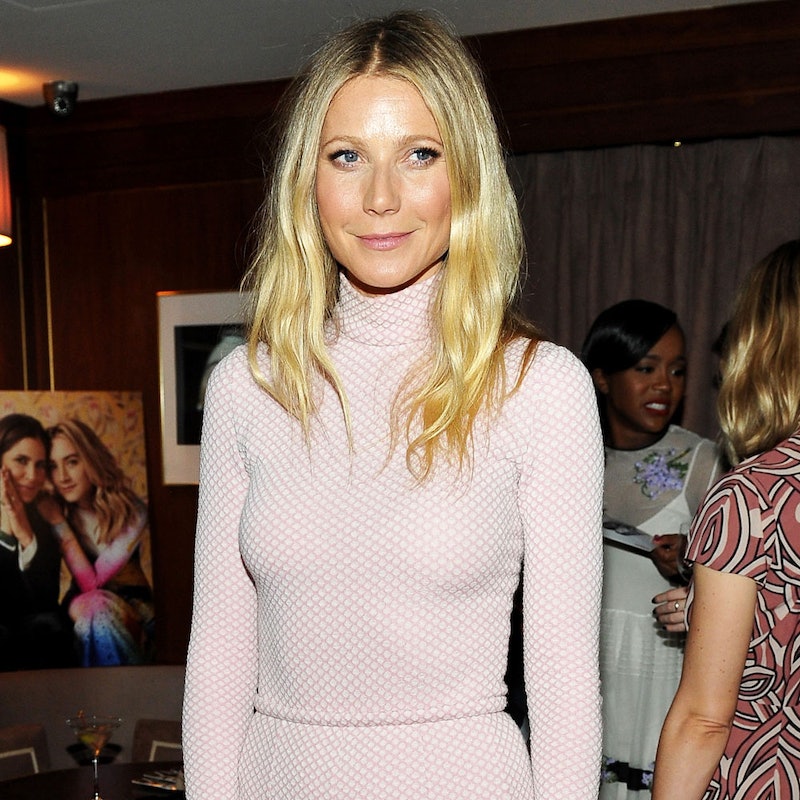 Gwyneth Paltrow can single-handedly make the internet go wild—remember those notorious jade eggs?—but she’s truly a force to be reckoned with. The Hollywood star turned entrepreneur has taken on major roles from the theatrical Emma to action-packed Iron Man and launched a successful modern lifestyle brand—ever heard of Goop? Clearly she’s the type to tell it like it is, and in an interview for Sophia Amoruso’s Girlboss Radio podcast, the actress does exactly that—this time, making stunning revelations about her past relationships. (Hint: It wasn’t Brad.)

Gwyneth admits she doesn’t have the best romantic track record. “I’ve f*cked up so many relationships, so many,” she confesses. “I’m actually a pretty good friend and a good sister and a daughter and a mother, but I am at my potentially most vulnerable and f*cked up in the romantic slice of the pie. So it’s taken me a lot of work to get to the place where I have a good romantic relationship.” Currently dating TV producer Brad Falchuk, Gwyn was famously married to Coldplay frontman Chris Martin for a decade before they opted to “consciously uncouple” in March 2014. In the past, she’s also been linked to Brad Pitt, Ben Affleck and Luke Wilson.

Today, Gwyneth seeks only “relationships of quality,” especially now that she parents two kids, daughter Apple and son Moses. “If you don’t have a good relationship with your partner, your children, your best friends, then I think it’s very hard to claim success,” she says. “It makes life feel full and rich and happy. The quality of your relationships dictates so much how your life feels, so for me that’s the number one.” Solid advice from the lifestyle guru.