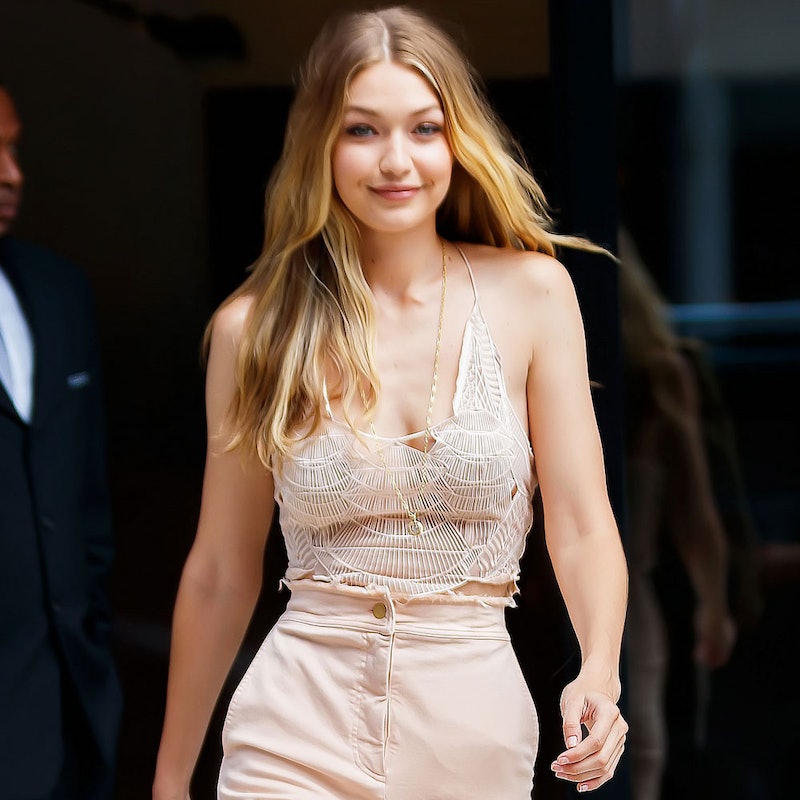 Gigi Hadid can't catch a break. The supermodel, who's jetting from country to country for Fashion Month, already had a minor wardrobe slipup on a major New York runway, and just recently, in Milan, the fashion gods decided to test her yet again.

En route to the Fendi show, Gigi encountered near sartorial disaster: Her pants literally ripped. And while we've experienced our fair share of crotch wear and tear, we've certainly never had to reach for a line of thread in the backseat of a private car and stitch up our precious garment ourselves, but that's exactly what the style star did. Gigi even took to Instagram Stories to share her handiwork with her nearly 36 million followers—and we have to say we're thoroughly impressed, considering the bumpy ride on Milan's cobblestone streets. Somebody get this supermodel a design career, too.