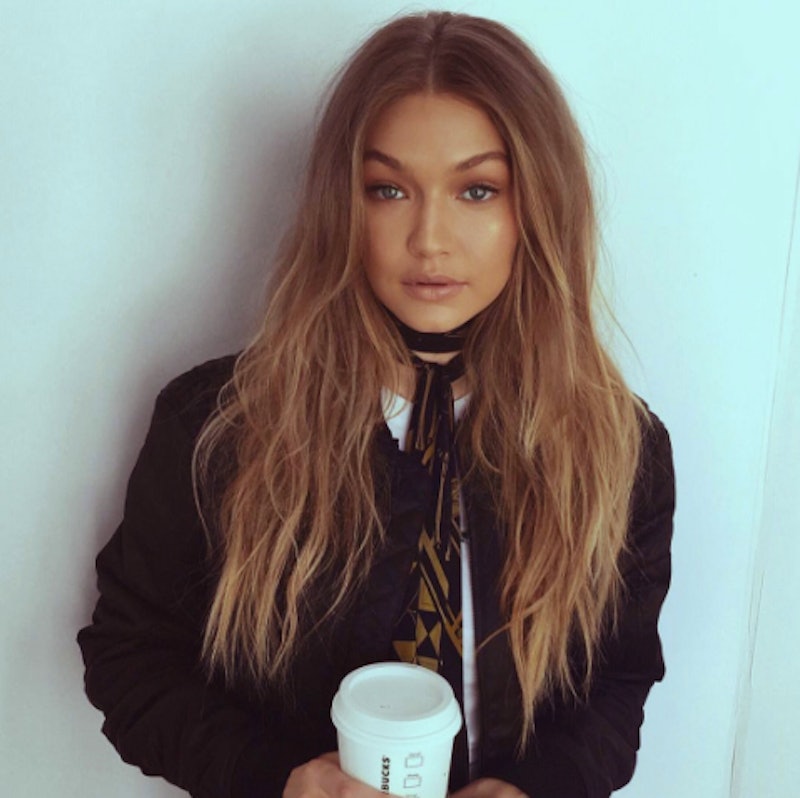 We all think the same things when we look at Gigi Hadid: California girl, blonde bombshell, all-American. Here’s the thing, Gigi knows what we’re thinking, too—and doesn’t necessarily agree with the categories she’s often designated to. In a recent interview with Glamour, the supermodel, who was honored as a 2017 Woman of the Year, got real about her career and what she really wants to be known for.

“When I started working in fashion, it was like, ‘Gigi, the all-American.’ I was very much that girl next door,” she says. “But if you read my interviews, I always talk about my parents’ cultural backgrounds.” Indeed, Gigi’s roots (her mother is Dutch and her father Palestinian) have been influential in the causes near and dear to her heart. The model has been very vocal about immigration rights, gun control and social justice issues. “I want to be the person who always uses my platform to share what I’m passionate about, but it’s also scary and something I’ve learned to be cautious about,” she says. So far, however, we’d say she’s yet to miss the mark, both professionally and personally speaking. She’s got an illustrious modeling career that spans both commercial and luxury (hello, she’s designing with Tommy Hilfiger!). And personally, she’s had some truly kick-ass moments in which she’s proven she’s no wallflower. (Remember the time she elbowed a handsy stranger at Milan Fashion Week in self-defense?)

Gigi’s boldness and business savvy have earned her much-deserved respect and cred within the fashion industry and among famous friends. Pal Lena Dunham had this to say about the outspoken cover girl: “She’s a smart blonde. She’s a model who doesn’t give a crap about being steeped in mystery. And in a selfish business, she makes empowering others her goal. Gigi defies every darn stereotype.”

And while most young models might be focused on the next career opportunity, Gigi says her goals are broader and somewhat undefined (in a good way). “If something’s inspiring me, I’ll push myself harder to get there,” she says. Same, girl.