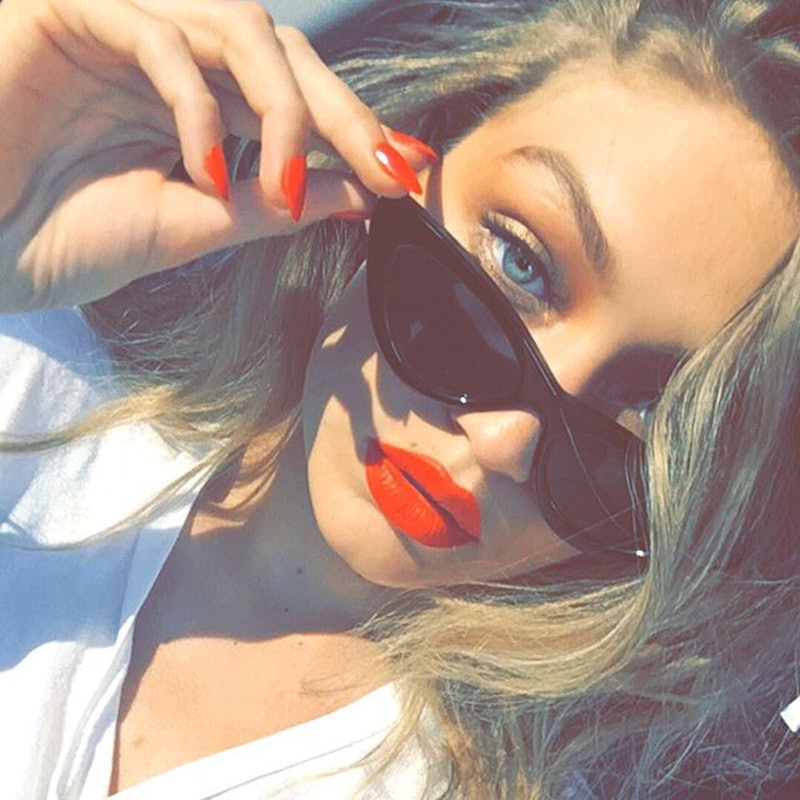 “The world’s 20 highest-paid models earned a combined $154 million between June 1, 2015 and July 1, 2016,” says Forbes. So, we swear we’re not bitter that some of us have mothers who chose to mate with men who are only 5’9″, thereby crushing our dreams of ever being Gisele and instead fating us to work in an industry in which the top 20 earners collectively maybe make enough to pay for a t-shirt with Gisele’s face on it. No, instead, we’re super happy for these badass bosses who are, in all seriousness, much more than just pretty faces. Here, a few highlights from the list that may make you weep over the injustice of it all or, if you’re a better woman than we, feel incredibly proud of the amount of money these babes are lining their own (couture) pockets with.

Our beloved Kate made $5M this year, which is a lot of money, sure, but it's also a lot less than Kylie Jenner earned for the same period. We'll let you sort out your own feelings on this one.

Miranda Kerr is engaged to a billionaire, so the $6M she brings in each year is probably just the family's jet fuel money. Meanwhile, some of us make a lot more than our significant others, which is to say that we make enough to afford Chipotle vs. El Pollo Loco, and usually neither of us can afford to pay for gas.

China's first supermodel made $7M this year, much of which came from La Perla as a result of her incredible bod. We could utilize this fun fact as motivation to work out, but we're instead going to use it as evidence that we should just give up and eat donuts because this will never be us, no matter what. Which is honestly kind of nice. Thanks, Liu!

21-year-old Gigi made $9M this year. When we were her age, we signed up for a credit card with a $15k limit that we're still paying off in installments of $25 per month nearly a decade later. This makes us feel... (crawls under desk into fetal position).

Kendall made $10M, but she's still sort of the slouch of the family, as her sister Kim made $51M in the same period of time... so go ahead and chew on that information as you languish in obscurity while the clock slowly runs out on your life. Kidding. But, not.

Gisele made $30.5M last year. She's also married to one of the hottest men on the planet, has two beautiful children, and seems to spend most of her time meditating and doing yoga. We would hate her if we just didn't love her so much, so instead we're just going to hate ourselves a little as we pour over our Mint.com accounts, trying to figure out how to turn our negative net worth into $30.5M in 2017 while simultaneously googling "science-backed ways to become taller" and "beauty on inside more important than on outside?"