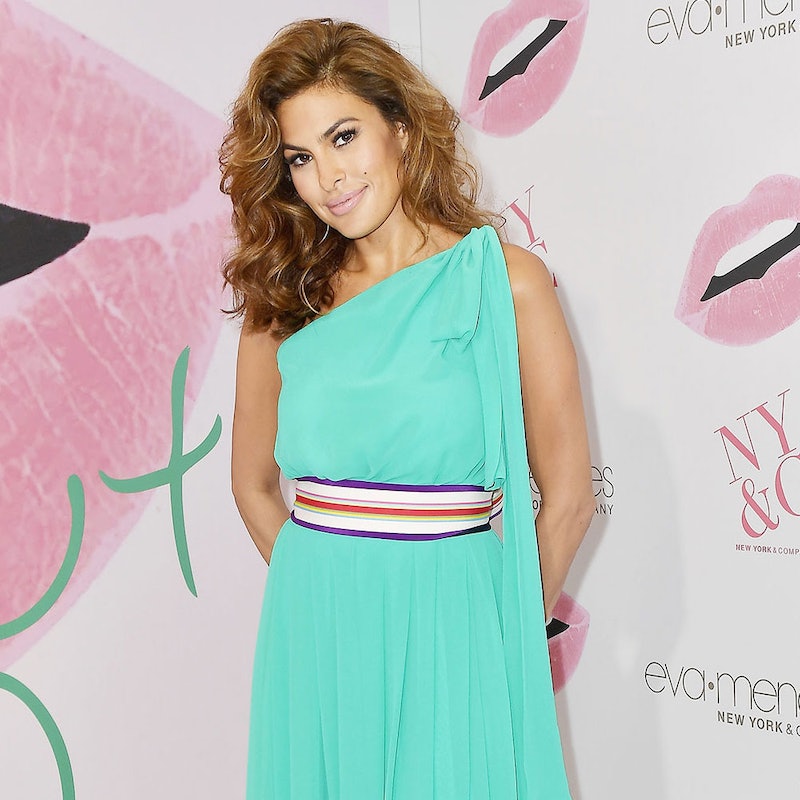 It’s been six months since she’s seen the spotlight, but now Eva Mendes is back—and we have to say we’ve missed her. The actress, who gave birth to her second daughter, Amada, just under a year ago, appeared at the opening of the New York & Company store in Miami to promote the launch of the Eva Mendes Collection, and she looked radiant as ever in the fashion line’s aquamarine Alonza maxi dress.

After two kids—she and partner Ryan Gosling are also parents to two-year-old Esmeralda—Eva revealed it’s been tougher than ever to shed the baby weight. “In some ways, it’s been more challenging to get back in shape after my second daughter,” she told Shape magazine. “Yet it’s not as hard as I thought it would be because I’m always running around with the kids. I never sit down—I’m on the move all day.”

She also admitted to ditching unhealthy snacks since her children were born. “I don’t keep junk food at home anymore because I’m trying to set a good example,” she said. “So there are no more Krispy Kremes for me to grab.”

And despite this grand return, don’t expect the mother of two to make everyday appearances on the Hollywood scene. “What people don’t know about me is that I love being home,” she said. “Instead of hitting the red carpet, I’d rather be with our girls.” Hey, we’ll take what we can.