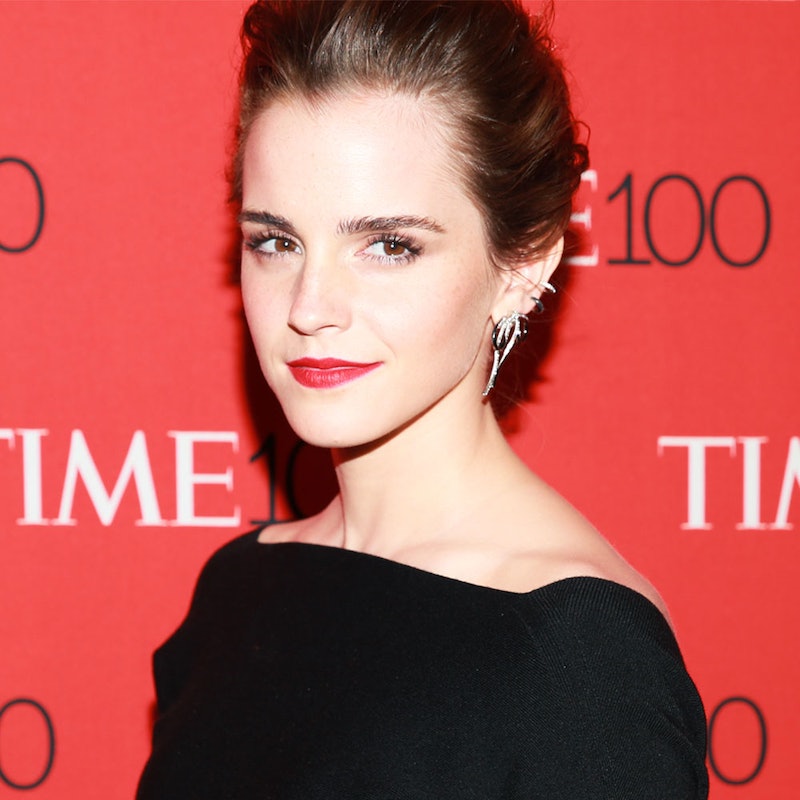 While many celebrities expressed their fears and frustrations on social media, Emma Watson decided to take action following news that Republican Donald Trump won the presidential election. The U.N. Women Goodwill Ambassador chose to spread a little positivity on an otherwise dark day (for half of America, that is) yesterday by delivering copies of Maya Angelou’s Mom & Me & Mom to New York City subways. And as the face of gender equality campaign HeForShe, Emma proves that she’s more determined than ever to continue fighting for women’s rights.

This isn’t the first time Emma has hidden paperbacks for commuters. The actress recently partnered with community reading project Books on the Subway and left 100 copies of the same book with handwritten notes on the London Underground. (Angelou’s memoir explores a woman’s independence and self-awareness after her mother abandoned her.) Emma’s right: In these trying times, there’s still hope.