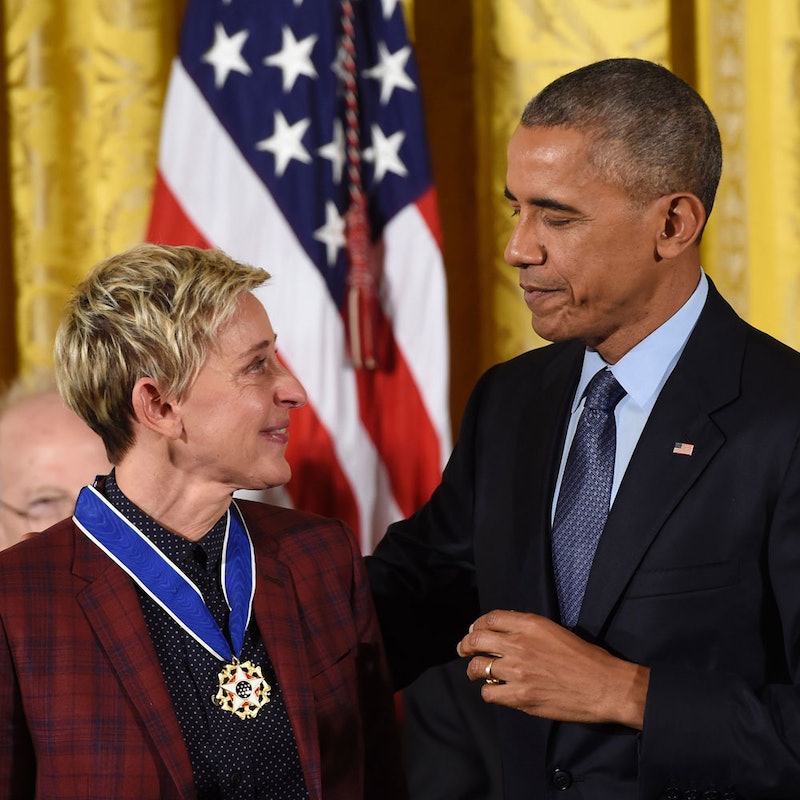 No dry eyes in this room. When President Barack Obama presented America’s highest civilian honor to Ellen DeGeneres, we couldn’t help but tear up a little bit. Along with 20 other influencers including Michael Jordan and Diana Ross, the comedian and TV host received the Presidential Medal of Freedom for her contribution to pop culture and LGBT activism as well as being one of the people who had impacted POTUS in a “powerful, personal way.”

“It’s easy to forget now when we’ve come so far, where now marriage is equal under the law, just how much courage was required for Ellen to come out on the most public of stages almost 20 years ago,” Obama said.

Both Ellen and the president got emotional as he fastened the medal around her neck. Hitting us right in the feels, POTUS added that Ellen “has showed us that a single individual can make the world a more fun, more open, more loving place, so long as we just keep swimming,” a reference to her voice role as Dory in the Pixar hit Finding Nemo. Watch the video here, and make sure you have those tissues handy.